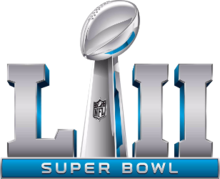 The NFL season has come and gone in the blink of an eye and we are down to the final two teams in the New England Patriots and Philadelphia Eagles who meet in the Super Bowl in Minnesota on Sunday 4th February 2018.

It looks a good game on paper with enough intrigue to make the Super Bowl 'must watch' TV and not only for the commercials and half time show either. 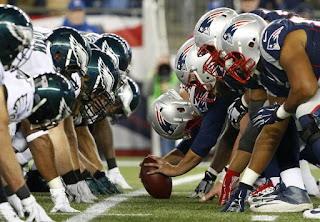 The New England Patriots and Philadelphia Eagles have come through the Play Offs in similar ways with one dominant win and one tough one that could have easily gone the other way.

For the Patriots it was an easy night in the Divisional Round as they dominated the Tennessee Titans after some early issues, while they were then having a few issues with the tough Defensive Jacksonville Jaguars who could so easily have won the AFC Championship Game.

The Philadelphia Eagles had it the other way around as they battled past the Atlanta Falcons in the Divisional Round when holding them out as the Falcons threw into the End Zone for the win at the end of the Fourth Quarter. They then dominated the Minnesota Vikings in the NFC Championship Game and the Philadelphia Eagles will not have worry about being the underdog in the Super Bowl having won both home Play Off Games as the underdog already.

That is going to inspire them in the Super Bowl as people failed to believe Nick Foles would be able to do enough to cover for the injured Carson Wentz. Some of that was down to two really average performances in the regular season and I am still not sure Nick Foles is going to be able to reach the level he did against the Minnesota Vikings in the NFC Championship Game.

I was very impressed with the throws he made against a very strong Minnesota Defensive unit, but I also have to say that the Vikings produced their worst performance of the season on that side of the ball. The Vikings Defensive unit may be better than the one the New England Patriots have, but that performance in the NFC Championship Game was far below how well the Patriots can play and so Nick Foles has to expect a much tougher test of his ability in the Super Bowl.

Bill Belichick would have been studying the tape over the last couple of weeks and I think that is going to make a difference against Foles. Taking away one of the key contributors is going to be an issue for Foles as he may have to go through his progressions a little more, although a similar level to the one he produced against Minnesota would definitely give the Eagles plenty of chances to move the ball and score points against this New England Defensive unit.

Foles can have success in this one, but has to be aware of the pass rush that New England have been able to generate up front. So far the Eagles have been able to overcome the loss of Jason Peters and Lane Johnson remains as good as any Right Tackle in the NFL, but the Patriots will give them different looks up front to try and get to Foles and at least force him to get the ball out of his hands earlier than he would like.

It might be down to Foles to keep the chains moving as the Patriots continue to play the run effectively enough. However the likes of Jay Ajayi are able to come out of the Running Back spots to catch short passes and make some big plays in the open field so New England will have to make sure they are fully focused on tackling as well as they can.

The Quarter Back will take his shots against a good Secondary and I expect Foles to connect with some of the deep shots too. However the Patriots have some top playmakers in the Secondary and Foles has to be at his best to make sure he gives the Eagles the very best chance to win the big game.

Questions about Nick Foles' temperament have been raised throughout the last two weeks and we really won't know how he can handle the pressure until kick off. That is not the case with Tom Brady and the New England Patriots who are so used to playing in the last game of the season and the match up at the line of scrimmage is crucial for the Philadelphia Eagles to try and at least rattle the future Hall of Famer.

Philadelphia have the talent on the Defensive Line to get after Brady without sending more than four men after the Quarter Back and that is crucial to their chances of the upset. Throughout a stellar career we have seen Brady struggle when being put under pressure by four men and that has led to erratic performances, but his experience should mean he is at least able to make some big plays for the New England Patriots with a full complement of Receiving weapons available after Rob Gronkowski cleared the concussion protocol.

Like the Eagles, New England will likely lean on their Quarter Back more than running the ball against a tough Defensive Line. However, also like the Eagles, the Running Backs are very capable Receivers either lining up wide or coming from out of the backfield and Brady is more than happy to provide short passes that those Backs can catch and produce big plays in the open field.

There will be a respect for the Philadelphia Secondary who have played well and have some stellar talent in their ranks, but Brady will look to open them up with the short to mid-range passes which could see someone like Brandin Cooks break a big one. Mainly I expect Brady to rely on the short passing game to keep the chains moving and try and tire out a Philadelphia pass rush which could then see the Patriots take over this game.

Picking a winner is still tough though because I like the way the Eagles have been built and I honestly think they would win if they had Carson Wentz. As well as Nick Foles played against Minnesota, expecting that level again seems a stretch to me and I can see Bill Belichick finding the system to slow down the Eagles Offensively.

Seeing the New England Patriots as the public team has been the norm in recent years, but the public are firmly behind the Philadelphia Eagles as the underdog in this one. That has seen the point spread shrink to an acceptable level here and I do think the New England Patriots can use their superior Quarter Back play help them get the better of a Philadelphia team that may need the perfect performance from their back up Quarter Back to find a way to earn the upset.

Defensively they can slow the Patriots to some extent, but the no-huddle Tom Brady runs is likely to wear down the Eagles and it will all come down to whether Nick Foles can make the big plays on the other side of the ball. I expect Foles to make a few tough throws, but I expect Belichick makes the adjustments at half time to turn this game in the New England Patriots favour and I think they can win yet another Super Bowl and cover this number.