The World Boxing Super Series looked an exciting format when it was first announced and so far it has lived up to and perhaps exceeded its billing.

Two unbelievably good Cruiserweight Semi Final fights are in the books and I don't know many boxing fans who won't be looking forward to May 11th when Oleksandr Usyk takes on Murat Gassiev for all of the belts. The winner is going to raise their profile and likely move up to the Heavyweight Division which means some huge fights ahead, while the losing fighter will already have enhanced their reputation and can come again.

Who's to say that there won't be a rematch of the Final if it is as good as we expect the fight to be in Jeddah in early May?


The Super-Middleweight Semi Final fights take the limelight over the next couple of weeks with a real British presence- three of the four fighters left are from the United Kingdom and it is no surprise that the O2 Arena has been announced as the venue for the Super-Middleweight Final in early June.

Callum Smith heads to Germany next weekend, but most of the eyes of the Boxing family will be on the Manchester Arena when George Groves and Chris Eubank Jr meet in a fight everyone I know is looking forward to.

Later on in the evening, Danny Garcia resurfaces for the first time since losing to Keith Thurman last year, but all eyes will be on Groves vs Eubank Jr which has split fans and experts alike.

That British Title currently held by Langford is on the line and it is a fairly close looking fight.

Neither fighter is really known for their KO power and this is going to come down to which of the two has the better boxing ability. Both are tall for the Middleweight limit and both are comfortable boxing, but I do give the slight edge to Langford there and am expecting him to come through with a win on a Decision.

I actually backed Arnfield in his win over Brian Rose last time out, but I thought the fight was closer than the cards and Rose could easily have nicked it. However Rose is on the back end of his career and I think Langford still has enough in the tank to win a fight of this level.

Langford was beaten by Avtandil Khurtsidze in his step up from domestic level, but he does say he has learned from that and I am expecting him to avoid getting dragged into a brawl and instead use the skill he possesses. That approach will show Langford has indeed taken a positive out of his first professional loss and this is a fight in which he doesn't have to worry about the power that is coming from the other fighter.

All credit has to be given to Arnfield for coming in with a six fight winning run since losing to Nick Blackwell when challenging for the British Middleweight Title. He has shown he can make use of his height to try and box to a success, but I think the skill is with Langford in this one and I am expecting him to do enough to win this one on Points. 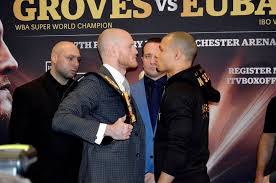 George Groves vs Chris Eubank Jr
When the Super-Middleweight tournament was put together and the brackets were released, I expected to see George Groves and Callum Smith compete for the Muhammad Ali Trophy.

From the first day that George Groves and Chris Eubank Jr confirmed their place in the Semi Final I have leaned towards Groves winning this one, although I will admit there have been a couple of moments where I have wavered.

I think most are just happy we have got to this stage and there have been no late withdrawals.

That was the concern with Eubank Jr who has seemingly been linked with some huge fights over the last two or three years but has yet to see any of those materialise. Some even suggested this fight would never happen as Eubank Jr would decide to pull out of the tournament, but he has looked confident in the build up and that has seen the odds shift on the fight with Groves now the underdog.

While it has made me think, I am still favouring the only legitimate World Champion in this huge fight which has captured the public's interest.

Groves has had some huge fights already in his career and I think his natural size and strength is a big advantage. The power in the punch is coupled by a boxing brain which sees him work very well, although some will say that his biggest win is a controversial one over James DeGale and Groves has lost to the two best fighters he has faced in Carl Froch and Badou Jack.

That's probably true, but using that to knock Groves is to suggest Eubank Jr is on the same level as those two fighters. Team Eubank will say he is, but proof is always in the pudding and this is the biggest fight Eubank Jr has had since losing to Billy Joe Saunders at the Middleweight level.

Now he is in with a naturally bigger man who can punch hard and I do wonder if Eubank Jr is going to be able to get off with the flashy combinations he did against an old Arthur Abraham and Avni Yilidrim.

Fatigue is a concern with Groves and if Eubank Jr is able to set a fast tempo and able to maintain that over twelve Rounds then I think he can win the fight. Ultimately I have never seen Eubank Jr able to do that against someone who can box as well and hit as hard as Groves and that is why I am leaning towards the latter.

Groves has to make a positive start- he has to be at least 4-2 up through the first half of the fight and I will be looking for him to show that there is more in the tank these days than there was when he fought Froch and DeGale. I actually thought Groves had beaten Badou Jack despite a flash Knock Down in the First Round and I think that and his performance against Martin Murray makes me feel he will have enough in the tank to see off a rallying Eubank Jr.

I find it hard to see Groves stop Eubank Jr, but I think he will hit hard enough to make the latter think about how quickly he wants to get involved in a brawl and I like the way Groves can box.

He didn't look great in the early going against Jamie Cox and Chris Eubank Jr looked very good in his win over Yilidrim which has perhaps seen the odds flip like they have. However I think Groves is very motivated for this one and I liked the way he has looked quietly confident so far so taking a small interest in the legitimate World Champion to win a narrow, and possibly controversial, Decision is the call. 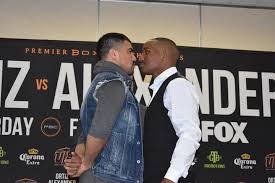 This is clearly a crossroads fight for the pair of them with the losing fighter likely to have a very real think about retiring.

Devon Alexander has blamed some personal problems for his fall from the top of the Division and he has had just one fight in the last two and a half years. He still believes he is capable of challenging the very best fighters at 140 and 147, although I think Alexander is a long shot to really get back into a position to fight for another World Title.

The same can be said for Victor Ortiz who at one time was a huge prospect but has since faced plenty of criticism for the 'lack of heart' he has displayed at times. He has hardly been much more active than Alexander and I think Ortiz is going to be looking for a big shot to end this fight but that is not really something I expect to work against Alexander who have never been stopped before.

Instead I fancy Alexander will win by a wide margin on the cards as Ortiz tries but fails to catch up to him over the 12 Rounds scheduled. There is no doubting that Alexander is the superior boxer and my only doubt would be Ortiz being pulled from the fight or calling it a day if he is not having any success in hurting Alexander.

Ortiz has not gone the full 12 Rounds since an upset win over previously unbeaten Andre Berto in 2011, but Alexander is someone who will look to box his way to a success. I don't think Alexander will be hurting Ortiz to force him to quit, but there is always some reason for Ortiz calling it a day and it will be a mental shut down which stops this fight as far as I am concerned.

Backing Alexander to at least put his name in the headlines with a Decision win is my pick from this bout. 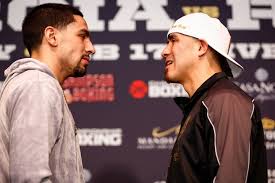 Danny Garcia vs Brandon Rios
This is the first time in over eleven months that Danny Garcia is back in a boxing ring having taken a break following a first professional loss to Keith Thurman. That Unification bout was very close and some have called for a rematch, including Garcia who felt he won the fight, but Thurman has been out of action himself and any potential rematch will have to wait until the end of 2018 at the earliest.

The Welterweight Division is loaded with talent and Danny Garcia returns to try and reclaim his place at the very top of the pile.

Some will argue against Garcia's credentials as he has sometimes flattered to deceive, while others will look at Thurman and Errol Spence Jr as the kings of the Division.

This is the time for Garcia to get back on the right track to force those big fights in the months ahead and he takes on a former contender in Brandon Rios.

Rios' best days were at the Lightweight and Light-Welterweight limits and this is a fighter who hasn't had many fights in recent years. This is only the second fight since Rios was stopped by Tim Bradley in 2015 and I think he is pretty much made to order for Garcia.

He won't want to hear that, but Rios is a come forward aggressive fighter who is going to be set up to take one of the signature left hook counters from Garcia and I think that is going to find its mark and set up the end of this fight. Rios has only been stopped once before in that fight by Bradley, but he is not the same fighter he once was and I can see Garcia breaking him down at the bigger weight.

One of the criticisms of Garcia has been his tendency to fight up and down to the level of his opponent, but he is looking to return with a bang. That will get people talking about him facing the very best in the Division and I can see Garcia finding a stoppage during the course of the 12 Rounds in this one.