We have just about got through the first two months of the 2015/16 season and the domestic League tables are beginning to make sense now.

This week we will see a number of teams turn their attention back to the Champions League before what looks like a very big weekend of Premier League football and a true 'Super Sunday' for the neutrals to enjoy.

On with the stories that have come out of the weekend football. 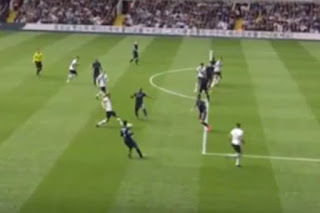 Time for an Expanded Video Replay System?
I am sure I am not the only football fan out there that has been enjoying the Rugby World Cup which is currently taking place and it is a sport that has embraced technology to help get the decisions right.

I am not a big fan of going to the video for almost every little detail, I think the referees have to keep the human element in the game, especially as some of the rugby matches seem to last an eternity when the video is employed constantly.

So I don't think I would want technology to ruin the flow of a football game going forward with everything being checked, but it might be time for 'offside' decisions to be reviewed.

The three decisions in the Tottenham Hotspur-Manchester City game that the linesmen got wrong were almost inexcusable, with or without the video technology. Even if it was employed at the moment, the above image saw the linesman directly in line with Kyle Walker yet he still missed it which makes me wonder what exactly he was doing/watching and that has nothing to do with the video technology.

It's not close enough to give the linesman the benefit of the doubt like the Kevin De Bruyne could be argued for, and the later decision allowing Harry Kane's goal to stand was almost as baffling considering he was inside the box and the rest of the players, bar the goalkeeper, were clearly standing outside of the 18 yard line.

Some people will use the 'speed of the game' as an excuse, but the Kane goal came from a direct free kick so there was no 'speed' that could have affected the linesman decision, while the above decision was simply ridiculous.

My biggest concern with video technology has to be slowing down the game and just killing the flow that makes football exciting. Maybe a challenge system like that employed in the NFL or the professional tennis tours can be put into football, especially for these matter of fact incidents like an offside or a goal being scored but anything more than that and you know the Premier League will change a ninety minute game into one that lasts much, much longer. 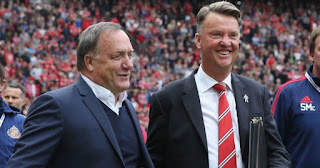 Manchester United weren't going to miss that opportunity against Sunderland and a 3-0 win saw them move to a position fans were very familiar in seeing the side under Sir Alex Ferguson.

I can't deny that it was exciting to see the League table with Manchester United leading the way, but there is a long way to go for a title challenge to really develop.

Firstly I think Manchester United are perhaps a point short in what they should have earned from the opening set of fixtures, the two points dropped against Newcastle United the key. Of course teams will drop points in a competitive League like the Premier League so that isn't a big concern and it is all about finishing above 19 other teams no matter how the points are earned.

Second, I am looking forward to seeing where Manchester United are come November 1st.

Why? The next four Premier League games before that date sees Manchester United travelling to Arsenal, Everton and Crystal Palace while hosting Manchester City and it will give everyone a much truer picture of whether Louis Van Gaal can put a title challenge together.

If Manchester United are still on top of the Premier League on that date in a little over a months time, I will truly begin to believe they can win the title this season.

The Return of Daniel Sturridge comes at a Crucial Time for Brendan Rodgers
After a really positive start to the Premier League season, recent results had left Brendan Rodgers under serious pressure as Liverpool manager with rumours racing that they are looking for his replacement.

Injuries and poor signings haven't helped the cause, but the return of Daniel Sturridge might have come at a critical time for Liverpool and Rodgers.

It was Sturridge who scored twice to help the side beat Aston Villa 3-2 at Anfield on Saturday and finally having someone at the end of the creativity should have Liverpool moving in a positive direction. Sturridge is the best fit up front for what Rodgers is trying to do with Liverpool and his goals might have eased the pressure on the manager, but he has missed chunks of the last twelve months.

Keeping Sturridge fit might be the big link between Rodgers being in or out of the dugout at Anfield in the foreseeable future and I can bet the manager has no intention of making his striker available for the England European Qualifiers that are played in a couple of weeks.

This was always seen as a big week for Rodgers with the Merseyside derby ending it before the international break and Sturridge might just be the man to earn him a reprieve if the rumours of an imminent sacking were to be believed. 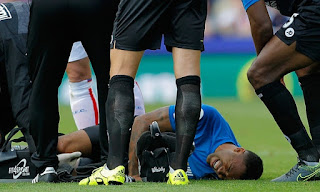 Callum Wilson's Injury could be a Major Blow to Bournemouth
When teams come up from the Championship, the hardest task might be finding a player that can consistently score the goals at the Premier League level that can help them avoid relegation.

It doesn't always work as Queens Park Rangers found out despite having Charlie Austin up front, but it is still a huge help for these promoted teams to have someone who they can rely upon.

Bournemouth looked to have their striker in Callum Wilson with some suggesting he might be in line for an England call-up, but unfortunately he suffered what looks like a long-term knee injury on Saturday.

Missing Wilson for considerable time will be a big blow to Eddie Howe and the next two months are critical for Bournemouth to find a way to keep churning out the results in his absence. Glenn Murray has experience at the Premier League level, but he doesn't have the pace of Wilson nor is he a player that wants to get behind the last line of defence by playing on the shoulders of defenders and so Bournemouth have to make some big adjustments.

The winter months are approaching and it could be some dark times for Bournemouth who have a difficult portion of their fixture list upcoming following the game with Watford next weekend. Losing Wilson through those months might be the catalyst to The Cherries slipping into the relegation zone and it will be a big task for Eddie Howe to get them out of trouble barring huge investments in the January transfer window.

I do enjoy the football Bournemouth try to produce, but that isn't enough to survive in the Premier League if there isn't much of an end product there without Wilson. 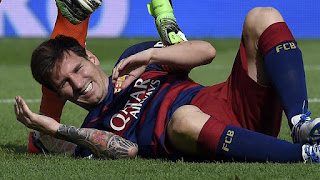 Can Barcelona Overcome Lionel Messi's Two Month Injury?
Unlike the Premier League in England, the Spanish Primera Division doesn't have the same level of competitiveness and that means any downturn in form from the likes of Barcelona or Real Madrid gives the other a distinct chance to win the title.

Atletico Madrid might have something to say about that considering they were Champions just two seasons ago, but really most people expect either Barcelona or Real Madrid to win the title in Spain.

Losing Lionel Messi for up to two months could be a huge dent for Barcelona despite the form they ended last season. They have struggled to match that to open this season with Lionel Messi and having to do without their talisman might give Real Madrid the impetus to create a lead in the Division that will be tough to overturn in the second half of the season.

Real Madrid haven't exactly been in flying form themselves with injuries to key players in their squad perhaps hindering them from picking up momentum, but this is a great chance for Rafa Benitez to pull away from Barcelona. There is just one point separating Barcelona from Real Madrid and it will be interesting to see where that stands when Messi returns in early December.
Posted by Dav Aulak at 22:55