Another round of Premier League fixtures is in the books and it has to be said that it was a weekend when many of the top teams just underlined their ability to be there or thereabouts come the end of the season.

Over the next month of the season, I expect to see the entire League settle down and begin to take shape and this weekend looks to be the first step towards that process.

As I will try to do on a weekly basis, here are a few thoughts that have come out of the weekend games. 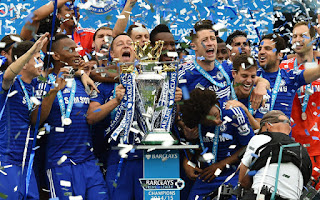 Is the Chelsea Title Defence Already Over?
It is hard to imagine that the image above is from only four months ago as Chelsea won the Premier League title and then came into the new season as the favourites to win it again.

I opened up my last 'weekend thoughts' post talking about Chelsea in crisis so some may think I am 'picking on them', but it is clearly one of the strangest collapses that you could have imagined.

A 3-1 loss to Everton means Chelsea have conceded at least twice in every League game they have played this season, while they have matched the total number of goals conceded in the first five games as they had conceded up to December 3rd last season.

Last season they spoke about Chelsea going unbeaten in the League thanks to a really strong start and they didn't lose a third League game until the 18th of May, yet they have matched that number of losses already.

Jose Mourinho isn't happy and there seems to be some discord between him and the rest of the squad and Chelsea now sit a huge 11 points behind leaders Manchester City.

So is the title race over for Chelsea already? I don't want to rule out a team that has been close to the top in each of the last two seasons, but I can't see Manchester City allowing a virtual four game swing against them, even at this very early stage of the season. It isn't just Manchester City, but both Arsenal and Manchester United have a healthy lead over Chelsea after five games and it will take something special for The Blues to turn this around.

I'd be very surprised to see Chelsea win the League title now, but I do expect improvements, although I don't know what Mourinho will do if Chelsea were to be beaten by Arsenal at Stamford Bridge on Saturday. The lack of a response from the Chelsea squad to their recent struggles has to be a huge concern for the manager and the fans and the rumours about the unhappiness of Mourinho at Stamford Bridge refuse to go away.

This is definitely an issue to keep an eye on. 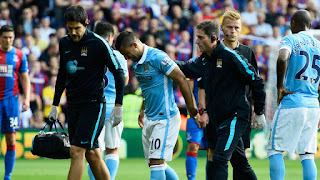 It seems to be an open secret that Manchester City would like to line up Pep Guardiola as the next manager if the Spaniard decides to leave Bayern Munich next summer as expected. That kind of move will be all about improving a poor record in the Champions League despite the money Manchester City have spent.

The image of Sergio Aguero limping off and missing a vital Champions League game has become one that is far too familiar to Manchester City fans than they would like to see. I personally think he is the best striker in the Premier League and possibly the best Number 9 in World Football, but Aguero never seems too far away from missing serious time.

The tackle from Scott Dann wasn't very clever to knock Aguero out of that game at Crystal Palace and the subsequent visit of Juventus and it does feel Manchester City only go as far as their leading man can take them.

Aguero has a very strong record of 19 goals in 28 European games for Manchester City, and the drop off to Wilfried Bony is a big one that Pellegrini won't want to have to use too often. The one big question mark about Aguero is whether he can get through a full season and Manchester City fans will be desperate he can do that as they look to at least make the Quarter Finals of the Champions League for the first time. 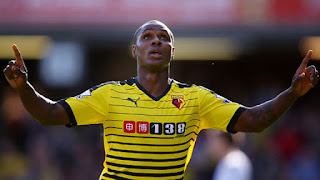 Watford's Defence Laying the Foundations for Avoiding Relegation
There have been so many new faces signed for Watford over the summer that it was always going to be expected that they would have some teething problems gelling together.

That might be part of the reason Watford have struggled for goals in their early Premier League games, but the defensive shape looks to be spot on and could form the foundation of a successful season.

The 1-0 win over Swansea City highlighted that shape as they managed to hold out against an in-form team despite playing large parts of the second half with just ten men. Watford managed to keep a third clean sheet in five games and maybe they won't need to score as many goals as a team like Bournemouth to survive the drop.

If they can start scoring goals, Watford could soon find themselves climbing the table rapidly and the defence will get a lot of credit for that if they can also maintain their level.

Getting knocked out of the Capital One Cup might be a bonus for Watford and they have a decent set of games coming up before the next international break to get some serious points on the board. 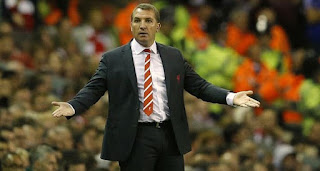 Brendan Rodgers on the Brink of the Sack
That is what the rumours were suggesting in the wake of the Manchester United loss for Liverpool on Saturday, with some even reporting a potential board meeting on the Sunday.

The last eighteen months have been a rollercoaster for Rodgers- if Liverpool win the Premier League at the end of May 2014, Rodgers would be nigh on untouchable at the club, or at least afforded more time to get things right.

However, Rodgers doesn't have the silverware to back him up and Liverpool look to have slipped since exceeding expectations in 2014, while my one criticism of the manager has to be the poor signings he has made.

For every decent signing made like Daniel Sturridge or Philippe Coutinho, Rodgers has bought the likes of Rickie Lambert, Mario Balotelli, Lazar Markovic or Dejan Lovren.

That is where Rodgers has failed for me, but I think he does deserve time to try and turn things around once his key players are back fit and healthy. Rodgers missed Sturridge and Jordan Henderson at Old Trafford, although the bigger worry might be the change in his style of play since purchasing Christian Benteke.

Of course you should adapt to get the best out of a player, but my concern would be why has Rodgers bought players that simply don't fit what he wants to do. Surely a manager should purchase those who fit his system, not change everything around for a single player bought?

If it was for Cristiano Ronaldo or Lionel Messi you might change things, but Rodgers has purchased some really average players and the lack of attacking quality against Manchester United would have been the most disappointing thing for the Liverpool fans who had made the trip up the M62.

The next month is critical for Rodgers- we all know Liverpool had a tough fixture list to start off the season, but they play four straight home games after the trip to Bordeaux in the Europa League and Rodgers has to oversee four wins. That might give his team some real momentum to take into the Merseyside derby at Goodison Park prior to the next international break.

On the other hand, fail to get the results required and that two week gap between Everton and Tottenham Hotspur might just be the time the board will look to make their change. 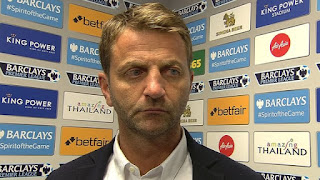 I'm Beginning to Warm to Tim Sherwood
When Tim Sherwood took over at Tottenham Hotspur and later moved on as manager of Aston Villa, I didn't think he was much more than a short-term fix for clubs.

That was the extent of his man-motivation abilities, and I wasn't convinced about him as a manager at all.

Now I am not saying I suddenly think he is the next coming of Sir Alex Ferguson, but I have begun to warm towards Sherwood thanks to his very honest appraisals in his press interviews.

Look at that face- there is no hiding the disappointment, 'gutted-ness' and frustration that Sherwood had having seen his Aston Villa team blow a 0-2 lead at Leicester City to lose 3-2.

I think that will sit well with the fans- it's nice to see a manager who feels the pain as much as the fans would have in that last thirty minutes and there is no bullshit around what Sherwood feels. Aston Villa will be hoping he can start turning around some of the results too, but I will admit I actually like Sherwood and the passion he does show for his teams.
Posted by Dav Aulak at 19:01