It was an another interesting week in the Premier League as domestic football returned following a two week break. Time has been of the essence this week and so I will get on with my few thoughts following the action this weekend. 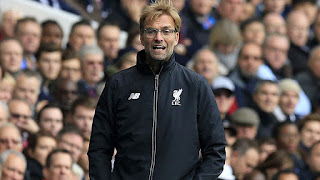 Jurgen Klopp Takes Charge for the First Time for Liverpool
I was a little surprised by some of the reactions to Jurgen Klopp's first game in charge as if Liverpool had played so much better than they had in previous weeks under Brendan Rodgers.

I am not ragging on Klopp here, but I also think people are super-high on the German at the moment and that means he can do no wrong in the early stages of his time as manager. That is certainly good news for Klopp who will be given the time to establish his philosophy (listening to too many Louis Van Gaal press conferences) at the club, but I think the same problems that existed for Rodgers will apply in the coming months.

Namely Klopp will need some luck with injuries which have again reared their head at Liverpool- Daniel Sturridge missed out, while Danny Ings is a potential long-term casualty which leaves Liverpool short up front.

The return of Sturridge and Jordan Henderson for a prolonged period make Liverpool a much different team than the one that took the field at White Hart Lane and that will be key to how well the side do this season, regardless of who was going to be in charge.

The goalless draw at White Hart Lane was an impressive result on paper, but the key for Klopp will be to turn a few of these draws into wins and get Liverpool moving up the table.

My opening grade for Klopp has to be a 'B -' because I wasn't expecting Liverpool to win at Tottenham and it was a good result. In saying that, the performance was average so he gets a slightly above average grade because of the injuries Liverpool have to deal with too. 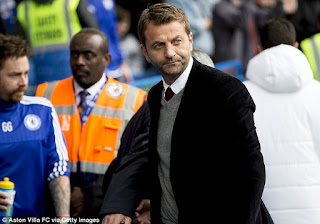 How Long Will Aston Villa Give Tim Sherwood?
A managerial change has been made at Sunderland, a team in the bottom three alongside Aston Villa, and that might have a few of the board members at Villa Park considering their own manager's position.

Another defeat in the Premier League has heaped the pressure on Tim Sherwood and I do think the game against Swansea City next weekend is a huge one for him.

It hasn't been that long since I said I have warmed to Sherwood and I do think he needs to be given time, but Aston Villa's League position isn't helping his cause and the fear of being cut off in the bottom three has to be playing a big part in the rumours.

You can't blame Randy Lerner considering the money that is going to be pumped into the Premier League next season and relegation could be very difficult for Aston Villa to recover from. They've been flirting with relegation for a few years, but there was a real hope that Aston Villa would be much higher in the League table this time around after it had looked like Sherwood had sparked some form.

Losing Christian Benteke and Fabian Delph has been tough, while the replacements still need time to gel, but I am not sure Sherwood will be given the time to oversee that. It is a big weekend for the manager and anything other than a victory might mean Sherwood is moved on and the likes of David Moyes, Garry Monk and Brendan Rodgers are targeted to get the club out of trouble. 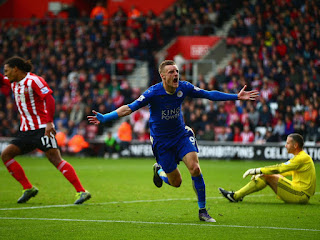 Leicester City's Character Cannot be Questioned
On the one hand you might be worried as a Leicester City fan that your side keeps falling 2-0 behind in games, but on the other you'd be proud of the character that they have displayed to come back and recover points in those games.

The Foxes were at it again this weekend as Jamie Vardy scored twice to help them come from 2-0 down to earn a draw at Southampton and I have been very impressed with the character they have displayed through the season.

There has been no drop off from the form that carried Leicester City to safety at the end of last season even though Nigel Pearson was removed as manager and I think the players need to be given a whole load of credit for that. Claudio Ranieri has been smart enough to keep the 'Tinkerman' from interfering too much and Leicester City have responded.

How far can that character take them? I am not sure they can keep falling 2-0 down and think the fitness and belief will help them come back on a consistent basis. It would be a disappointment if Leicester City failed to finish in the top half of the table, although pushing on for a European spot through their League form is going to be difficult.

I wouldn't be surprised if they go deep in one of the Cup competitions though as this is a team that will be a pain in the backside for any in the country, especially knowing their focus can be completely on those Cup games. Later in the season the top teams need to balance Europe with their domestic schedule and that is where Leicester City, and the next team I talk about, potentially take advantage to give their fans a memorable 2015/16 season. 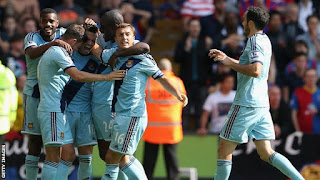 Potential for West Ham to Finish in the Top Six
West Ham United have had five away games in the Premier League and four of those have been at sides that currently occupy places in the top ten in the League table. Stunningly, West Ham have won all four of those games on their travels and they might be moving into the Olympic Stadium next season having secured their best League finish of the century.

The Hammers finished 5th in the 1999 Premier League season and while that still looks a big ask to match that final position, I really do think this is a team that can potentially do that.

It all will depend on whether they can find the right balance at Upton Park where they have won just one of their four home games in the Premier League.

West Ham are up to 4th in the Premier League despite their home record and improving at Upton Park while maintaining these ridiculously high standards away from home might potentially see them as a dark horse for a Champions League place.

However, I think they will have a hard time to do that and improving the home form could instead lead to a top six finish. The problem for Slaven Bilic is he has found the perfect counter attacking tactics away from home which are much harder to employ at home where the space is restricted.

The 2-2 away draw at Sunderland, when West Ham were 2-0 down and fortunate to be in the game at half time, might suggest The Hammers will struggle with 'expectation'. These are the kind of issues that Bilic will have to fix if they are going to finish in the top six and remains the big questions to be answered around a West Ham United team that have had a magnificent start to the season.
Posted by Dav Aulak at 13:55