Another domestic weekend is in the books and there have been many stories coming out of the games that were played this weekend. With ten fixtures been played by each team, the Premier League table is beginning to take shape and there has to be some real concerns developing at some clubs while others are perhaps looking forward to what could be the most memorable of seasons. 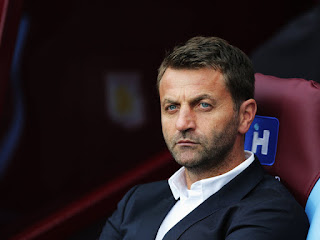 Tim Sherwood Unfortunate but Relegation is Too Costly for Aston Villa
Tim Sherwood has overseen a really poor run of form for Aston Villa, but I still think he deserved a bit more time to try and get things right at the club. However you can't argue against the fact that there are clearly some issues between the manager and the transfer committee of the club which has transferred onto the pitch and left Aston Villa in a disastrous position.

They are far from doomed and that is why I would have given Sherwood a little more time to get things turned around, but the Premier League is about to receive a huge investment in terms of money next season. That has clearly played a part in the decision to sack Tim Sherwood at this stage of the season and it is no surprise that financial matters are being considered by every club in the Premier League.

Is it any wonder that two of the three teams in the bottom three places of the Premier League have made moves in terms of replacing the manager that began the season?

With the money coming into the Premier League, relegation for teams like Aston Villa won't just be an issue in the short-term, but also the long-term and I think a team that has been flirting with relegation for some time will find it very difficult to recover their place in the top flight. The squad hasn't been given the kind of experience that Sherwood had been demanding in the summer and that also adds to the sense of misfortune in him being sacked at this stage.

Aston Villa don't look very good and it will take some real work from the new manager being appointed to get them out of a difficult spot. It is a shame Sherwood hasn't been given the opportunity to push the team on after helping them avoid relegation at the end of last season, but money talks as they say and Aston Villa can't afford to miss out on the big financial pay outs expected in the Premier League next year.

Where do Aston Villa go? I'd pick someone who has experience of managing in the Premier League and perhaps they are a little gutted they didn't move for someone like Sam Allardyce before he took the Sunderland job. It isn't the most attractive of jobs though with their transfer structure likely to put some off, while others might not feel they can get the best out of a squad that looks limited.

It's going to be a big call whichever direction Aston Villa take and one that might be crucial to the future of the club and their long-term prospects of being a Premier League club and not joining the likes of Leeds United and Nottingham Forest as 'sleeping giants' in the Championship. 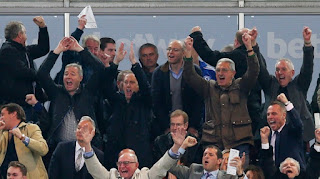 Are Chelsea's Top Four Ambitions Now Under Threat?
That was a fantastic image captured from the West Ham United win over Chelsea this weekend and the question about The Blues defending the title they won last season looks to be answered.

I can't see how they get back into the title race being eleven points behind after only ten games played and I don't care that there are eighty-four points still to play for.

The bigger fear for Chelsea is doubts that might begin to crop up surrounding their place in the top four as they continue to lurch from one disastrous result to another. They have no momentum and every time it looks like Chelsea have taken a step in the right direction they end up taking two steps backwards.

Jose Mourinho is definitely under some huge pressure with reports that he will be sacked if Chelsea fail to beat Liverpool next week in the Premier League, while the League Cup game at Stoke City has taken on a whole new level of importance. I wouldn't begin to think of the direction that Chelsea would take if they do dispense of Mourinho mid-season, but perhaps someone like Guus Hiddink would be willing to come in and complete the season for Chelsea.

Something is certainly not right at Stamford Bridge and it looks like they haven't made half the investments that Jose Mourinho wanted this summer to keep the Champions moving forward. It is beginning to look more and more doubtful that Mourinho will finish the season though and Chelsea could have to face the same issues as Manchester United after David Moyes in needing someone to come in and have a huge investment to refresh this squad of players that have some ageing issues throughout. 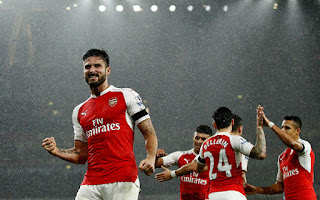 Are Arsenal Ready to Challenge for the Premier League Title?
With Chelsea struggling mightily and Manchester City yet to have a full season with a clear bill of health, Arsenal might just feel they have their best chance in years to end the long wait for the Premier League title. This is a team at their peak in terms of confidence and another win at the weekend has kept the momentum behind them.

I have been a pretty harsh critic of Arsene Wenger in the past, but I was impressed with the tactical set up of the team to beat Bayern Munich and he really has the team playing well after some early season stumbles.

Results this weekend mean Arsenal are only behind Manchester City thanks to an inferior goal difference, but the next two weeks can tell us all we need to know about their title credentials. A trip to Swansea City followed by a home game against Tottenham Hotspur in the Premier League are two tough tests for Arsenal and made a little more difficult knowing they have a big game against Bayern Munich in the Champions League in between those fixtures.

I'd make Arsenal a pretty strong favourite to win both of those League games though, but I still think there is a vulnerable side to the team that would see them drop points in previous years. So winning those games would make me sit up and really think Arsenal could stay the course if they can maintain health.

Keeping Mesut Ozil performing at his current level will be difficult too, but the German international is a top player who might just have found his groove in the Premier League. Alexis Sanchez, Theo Walcott and Olivier Giroud give Arsenal enough goals and Gabriel looks a solid partner to Laurent Koscielny at the back.

Petr Cech made some big saves again and highlighted his importance to the club and Arsenal could be flying before they play Manchester City in December. The Gunners meet Swansea City, Tottenham Hotspur, West Brom, Norwich City, Sunderland and Aston Villa before the clash with Manchester City and picking up 16 points from a possible 18 might have them going into that game as the team on top of the Premier League. 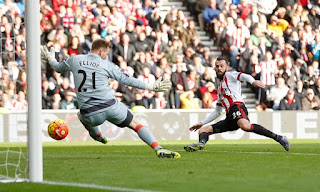 One of the North East Premier League Teams will be Relegated
Both Sunderland and Newcastle United are in a big trouble when it comes to potentially being relegated this season from the Premier League and I would be more than a little surprised if both managed to escape the bottom three again.

Last season I was convinced one or both were going to be relegated going into the final couple of months of the season, but they found enough form to get out of trouble at just the right time.

I saw the highlights of Sunderland's win over Newcastle United this weekend and I think both teams will have a very difficult time getting out of trouble this season. Out of the two I definitely think Newcastle United have more quality in the ranks that will see them find a way, but Sunderland's luck may have run out.

I do actually rate Sam Allardyce as a manager and the 3-0 win over Newcastle United will give his players a boost in confidence and while the November games are difficult, they do also give Sunderland a chance to pick up some vital points. However, I can't ignore the lack of quality that is in the squad and the fact they were outplayed up until Newcastle United had Fabriccio Coloccini sent off at the end of the first half.

One of these teams will be relegated in my book and I would still think Sunderland are most in danger of being that team if only one was to go down and that despite the 3-0 derby win. 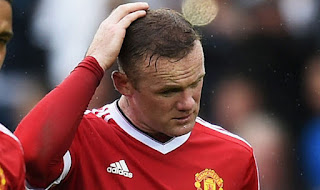 Wayne Rooney Has to be Taken Out of the Firing Line
Louis Van Gaal might be fed up with answering questions about Wayne Rooney's form, or lack of form I should say, but the fans are also getting a little tired of what are sub-standard performances from the captain.

I'll never be a fan of Wayne Rooney myself, but I'm not foolish enough to say that he did give Manchester United some pace and power and was a threat for them through the years.

The pace and power have diminished significantly from the player he was in 2008, which isn't a surprise considering he has hit 30, but the rest of the game is quickly following suit. The first touch is outrageously bad and was the cause of a number of attacks falling apart in the Manchester derby, while even the much vaunted passing, mostly from members of the media, was pretty disastrous too.

He isn't a Number 9 though is he? That's the latest from the media, but then again he hasn't been a Number 8, Number 10, Number 11 either despite members of that profession regularly pointing out he isn't in his best position. However, they then will point to the other four positions as he is best before changing their mind again and the situation seems simple to me.

Wayne Rooney has to be taken out of the starting eleven and allowed to try and rediscover some form and confidence which is clearly lacking at the moment.

For the life of me I am not sure why Louis Van Gaal has moved Anthony Martial out from the Number 9 position... Martial has everything Rooney doesn't and that's the kind of skills that would scare almost every centre half in the world. He has pace, fast feet that can see him beat a man and comfortable holding up the ball as well as making runs over the top of defences that might want to press up the pitch.

Martial would have been all that Rooney wasn't and challenged both Vincent Kompany and Nicolas Otamendi on Sunday, but instead they had a pretty easy afternoon.

Wayne Rooney is unlikely to play his part against Middlesbrough in the Capital One Cup, but Louis Van Gaal has a big decision to make in whether his captain is going to be allowed to continue to get away with his poor performances. I think it has been going on for too long already and maybe the return of Ashley Young from injury to play on the left and moving Martial to his favoured position will spark that change being made.
Posted by Dav Aulak at 22:25