The first international break of the new season is upon us and the first four rounds of the Premier League have been very interesting.

By the time the League kicks off again, the transfer window would have slammed shut and there are still expected to be some big moves made in the market before the Midnight deadline on Monday 31st August in Europe and 6pm on Tuesday 1st September in England and Scotland who have a Bank Holiday on the Monday. 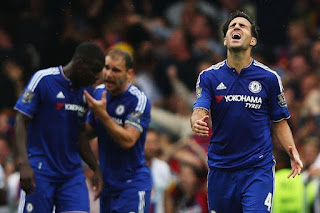 Chelsea in Crisis?
Anyone who thought the Chelsea win at West Brom last Sunday was going to be a turning point for their season were in for a rude awakening on Saturday as the Champions were beaten 1-2 by Crystal Palace at Stamford Bridge.

Jose Mourinho was very disappointed with the performance and his pretty open criticism of some of his more experienced players was surprising. This is usually not his style of management and it is clear that Mourinho isn't happy with the recruiting policy of the Chelsea board this summer with the next 24 hours crucial for them to bring in the players the manager has wanted.

It seems unlikely that Chelsea will be able to lure John Stones and Paul Pogba in this current transfer window, but I still think the team is going to be freshened up in the next game at Everton after the international break. That break has also frustrated Mourinho was said he can't do much when only four players are left at the training ground for the next ten days, but the manager has to find a way to get his side going and quickly.

Branislav Ivanovic, Nemanja Matic and Cesc Fabregas has been off the pace in the early going, while the rest of the defence haven't been able to make up for their poor performances. Eden Hazard has yet to spark into life in the new Premier League season and Chelsea have drifted eight points behind Manchester City in the table already. How many would seriously have predicted that a Jose Mourinho Chelsea team would have conceded at least two goals in each of their opening four games in the Premier League?

There does seem to be a negative undercurrent that has filtered through Stamford Bridge and Jose Mourinho has regularly had a tough third season at previous clubs. I do begin to wonder whether he can only get a team to shine for a couple of years before looking to shift any blame in performances onto anyone but himself, which won't sit well with others at the club.

Last week it was a back handed compliment to the owner, this week it is some of the players that have failed to perform, but all of this isn't masking the clear unhappiness that Mourinho is displaying.

The next set of games between the international breaks are going to be huge for Chelsea and they are not going to be easy: Everton away, Maccabi Tel Aviv at home, Arsenal at home, Walsall away, Newcastle United away, Porto away and Southampton at home.

To get back into the title race, Chelsea have to find a way to pick up at least 10 points from a possible 12 in the League and will also be expected to make a positive start to the defence of the Capital One Cup they won last season as well as the Champions League. It's a difficult task and one that will show us how much character and belief is left in a Chelsea squad that might just have seen a number of players go over the edge of being productive performers at this level. 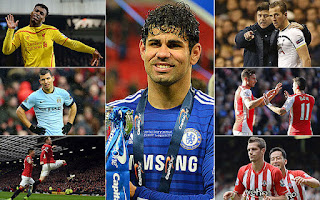 Potential Surprise Top Four Candidate?
No one should be rushing for the panic button after four games in the Premier League and the table will have a much clearer feel at the end of the next set of games leading to the second international break of the season.

However, the surprising start to the Premier League has perhaps shown that teams are more evenly matched than ever before and there is a potentially surprise name that could challenge for a top four berth.

Manchester City, if they stay healthy, have always been my favourite because I simply think they have the best eleven in the Premier League and enough options off the bench to cover short term injuries and suspensions. They look like they have come out meaning business this season and I think they could be tough to peg back if they can balance the Premier League and Champions League commitments.

Going into the international break, Manchester City remain the only team with wins in all four Premier League games played, but the top four is made up by Crystal Palace, Leicester City and Swansea City. Now it would take something special for those teams to maintain their top four challenge simply because they don't have the same squad depths as the likes of Chelsea, Arsenal, Manchester United and Liverpool, but all three may also look at how long Southampton lasted within range of the top four last season.

If any of those three teams can add to their squads, or more importantly maintain the status quo after the transfer window, one of them may possibly surprise for a little while longer. If I was to pick the one team that could perhaps be that team, I would pick Swansea City who have looked pretty good defensively, but also look like a team that will create chances and score goals under a really good manager in Garry Monk.

Swansea have already taken four points off of Chelsea and Manchester United and have a decent set of fixtures coming up which could see them build confidence and extend the run of form they have displayed. 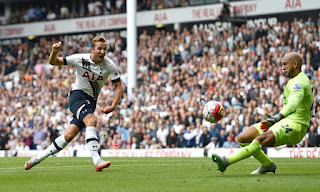 Harry Kane Confidence Issues
In the summer Manchester United were being linked with a £40 million bid for Harry Kane and I took to Twitter with my opinion that the striker needs more than one good season before a transfer of that magnitude should be made.

He had struggled for goals at the end of last season and I was expecting a drop off from Kane this season even though he was going to lead the line for Tottenham Hotspur in every Premier League game.

So you might think I want to bash a striker that hasn't scored a League goal yet right? That would be wrong.

I think it is too early to claim I was 'right' with my opinion of the striker because he is clearly in a down period where the confidence is shot to bits. The picture above was a chance where Kane had been put clean through on goal, but his first touch was of a player that didn't feel good about his ability to score, even though last season he would have found a way to put the ball past Tim Howard.

One of my criticisms of Kane was that a lot of his goals came from poor touches and eventually those won't work out as they did almost every time last season. That touch on Saturday when clean through was of a player still finding his feet at the top level and that was my main reason I didn't want him to sign for Manchester United.

But I also do think it is a confidence issue and that he needs a deflection to aid him or one to come off the wrong part of the foot... He just needs to see the ball hit the back of the net and I think he can rediscover some form, although I also think Kane is unfortunate with the limited support he is getting from this Tottenham Hotspur team.

The signing of Son Heung-Min from Bayer Leverkusen will be music to the ears of Kane, while Tottenham Hotspur still believe they can persuade West Brom to sell Saido Berahino to them and getting both in might be exactly what Kane needs to get back to scoring the goals that Spurs fans have come to expect.


Strange August Results
I said at the start of the season that August produces a number of strange results with teams getting back to the competitive action from a long lay-off and trying to shake off the pre-season.

However, the Premier League has been even more difficult to predict than usual and one statistic has really highlighted that.

There have been just nine wins from forty Premier League games played this season.

Imagine that, a League that produces about a 48% home win rate through the course of the season has seen less than 25% of the games this season end with a home winner.

Take away Manchester City and Swansea City and it becomes five wins in thirty-six Premier League games, a 13.88% strike rate for home wins.

No one can deny that is a weird statistic, but some of the stories out there about home advantage no longer being relevant are just taking in a small trend and making a mountain out of a molehill when it comes to their conclusion. If this lasts for three months, you could perhaps argue that home advantage has been lessened, but over the years these teams have won the highest percentage of Premier League games and I still expect that trend to show up later in the season.

I do think the open transfer window has led to some uncertainty in teams which hasn't helped when playing in front of their own fans. Some players don't want to be at clubs and so perhaps are being stifled at home where the pressure of expectation is on them, while other clubs perhaps will settle down once they know what their squad make up will be going into the next four months.

It will be interesting to see what the percentage of home wins has become at the next international break so it will be something I will keep an eye on.
Posted by Dav Aulak at 21:40