The Super Bowl looks like it could be an epic one with the two best teams in each Conference playing for the biggest prize in American Football.

I wanted the Kansas City Chiefs and San Francisco 49ers to meet in Miami as soon as the Championship Games were set as I do think they will make for the most competitive game. The line suggests the layers believe the same with the Chiefs down as a very narrow favourite, but I don't think this is going to be a blow out and I can't wait to round off the 2019 season.

The only disappointment is that we have to wait seven months before we get to see another meaningful snap in either College or the Pro ranks.


At this time of the season I think it is cool to look back to early September and the kind of predictions I had for the year and how wrong I got it.

I only managed to pick five of the twelve PlayOff teams, and some of the worse have to be Cleveland Browns, Jacksonville Jaguars and the Los Angeles Chargers. Injuries hurt the Pittsburgh Steelers, while I did not foresee the Baltimore Ravens or San Francisco 49ers having the seasons they did.

However my prediction of the Kansas City Chiefs winning the Super Bowl is still alive (I had them over the Philadelphia Eagles so at least managed to pick another PlayOff team). 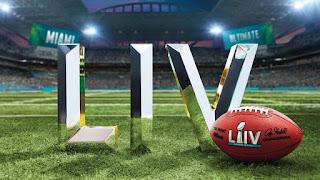 San Francisco 49ers vs Kansas City Chiefs Pick: The Number 1 Seed from the NFC meets the Number 2 Seed from the AFC in Super Bowl LIV coming from Miami this Sunday.

The San Francisco 49ers played in the Super Bowl as recently as February 2013, but they last won the big prize in January 1995 when this Stadium was still called the Joe Robbie Stadium. On the other side of the field is the Kansas City Chiefs who will be looking to mark the 50th Anniversary of their last Super Bowl success with another.

Andy Reid and Kyle Shanahan both have Super Bowl heartbreaks to deal with- the former has Coached in seven Championship Games and is yet to pick up the Vince Lombardi Trophy, while the latter was the Offensive Co-Ordinator for the Atlanta Falcons when they blew a 28-3 lead over the New England Patriots three years ago.

Those previous experiences may be fuelling the Head Coaches, but they both know they are with different teams now and the 2019 season has gone very well for both. The 49ers finished with a slightly superior record at 13-3 compared with Kansas City's 12-4, but both have largely dominated in the PlayOffs.

The main storyline going into the Super Bowl is going to be how the San Francisco Defensive unit can stand up to the Kansas City Offense, but it has long been said that Defenses win Championships. The Super Bowl of recent years that has reminded me most of this narrative is the one where the Seattle Seahawks throttled Peyton Manning and the Denver Broncos, but I do think this 49ers Defensive unit is not as strong as the 'Legion of Boom', while Patrick Mahomes is arguably playing at a better level than Manning at the end of the 2013 season.

Some are already describing Mahomes as potentially the best Quarter Back of all time and you do have to say he has all the throws. He is backed by some massive speed and big time playmakers in this Offensive scheme run by Andy Reid, but Mahomes is the key and it is going to be his performance which is going to determine whether the Chiefs can score enough points in this one.

You have to expect Andy Reid to have something up his sleeve to try and establish the run in this one after seeing the 49ers shut down the Minnesota Vikings and Green Bay Packers on the ground. They have given up just 3.7 yards per carry in their last three games, but the Kansas City Chiefs do have a solid Running Back in Damien Williams and will also use their Receivers to run the ball by giving the 49ers something different to look at.

Damien Williams is likely to be a bigger threat in the passing game and has proven to be a good check down for Patrick Mahomes, while another important factor the San Francisco 49ers have to recognise is the ability of the Quarter Back to scramble for big runs himself.

That is going to be important for the Chiefs as it may be a big way to slow down the San Francisco pass rush which has been special for much of the season. They look to be fully healthy on the Line and even the strong Kansas City Offensive Line will be having one or two difficult moments against Nick Bosa and Dee Ford, but Patrick Mahomes being able to get out of the pocket will be important.

If the 49ers have to put a spy on Mahomes it may mean a little more space in the Secondary when the speedy Receivers get down the field, although Richard Sherman is still playing at a very high level for the 49ers. He was part of that Seattle team that crushed Peyton Manning and will be reminding his team-mates of what is possible behind a very strong Defensive unit, but there are one or two holes that can be exploited by Patrick Mahomes in this San Francisco team.

I think he is perhaps the most capable Quarter Back in the NFL to be able to do that consistently and I do think Patrick Mahomes will be difficult to contain. Instead the San Francisco 49ers will likely look for their own Offensive game-plan to be one that keeps Mahomes cooling off on the sidelines for long periods.

All season San Francisco have shown they can control the clock behind their very strong running game and it was underlined in their win over the Green Bay Packers in the NFC Championship Game. Raheem Mostert has seemingly come out of left field to take over as the hot hand at Running Back for San Francisco and he racked up 220 yards on the ground in the NFC Championship Game.

On the 2019 season numbers you would have to think San Francisco will be able to establish the run very well in this one, but Chris Jones looks healthy and he has helped Kansas City's Defensive Line stiffen somewhat. Over the last three games they have allowed 4.2 yards per carry and the Chiefs are definitely much stronger with Jones in the line up than without, although stopping San Francisco completely will not be easy.

The key will be to try and get Jimmy Garoppolo into third and long spots and see whether they can rattle him into mistakes- for the most part this season he has been careful enough, but Garoppolo is more than a game manager like some have suggested. He has had big performances, none more so than in the road win at the New Orleans Saints, and Garoppolo has some decent Receivers with George Kittle and Deebo Samuel the stand outs for the 49ers.

However the Kansas City Chiefs will believe the pass rush can rattle the San Francisco Quarter Back if they can get their opponent's into obvious passing situations. While the San Francisco Offensive Line has been very good in run blocking, they have not been as competent holding off the pass rush and Kansas City have playmakers up front which can rattle Jimmy Garoppolo.

Even with that in mind I do think Garoppolo will have success as the Kansas City Secondary have given up some big yards. A part of that is down to the points being put up by the Offensive unit which has opponents chasing by throwing the ball, but I do think San Francisco are capable of having solid Offensive success in this game too and both teams can enjoy the game when they have the ball in their hands.

This Super Bowl has all the makings of a very close and competitive one and I do think the teams match up very well with each other. I think the Kansas City Defensive unit is strong enough to at least contain the San Francisco run to some extent, while I also think the Kansas City Chiefs will have some Offensive success thanks to the playmaking talents of Patrick Mahomes and the Andy Reid schemes that he will have been working on for two weeks.

Andy Reid off a Bye Week has long been a good way to make some money and I am leaning towards the Kansas City Chiefs who were my pre-season pick to win it all.

I have no doubt this will be a close game, but Patrick Mahomes might be able to make one or two bigger players than Jimmy Garoppolo which ends up proving to be the difference on the day.

The higher PlayOff Seed in the Super Bowl has a miserable record against the spread over the last few years and the team with the better record has lost nine of the last ten in the big game.

In recent Super Bowls the underdog has been the team to back with a 9-3 record against the spread in the last twelve, but this is a virtual pick 'em game.

I will be looking for the superior Quarter Back to help his team come out, while I also believe Andy Reid might just have one or two creases for Kyle Shanahan that haven't been seen so far. It might be a Super Bowl that comes down to the final play to decide the outcome, but I am going to back Kansas City to come out on top thanks to a big pass from Patrick Mahomes that helps hm win the MVP Award.