There is something of a break in the Boxing Season that takes place for a few weeks in July and August, but we are back with a bang this weekend as Anthony Yarde takes a big risk to travel to Russia in a bid to dethrone the Champion Sergey Kovalev.

Next weekend UK fans are given a real treat when Vasyl Lomachenko fights in London for the first time as a professional and we then go into what could be a strong end to the 2019 year with some big fights in the offing.


The last time I had any picks from a Boxing event it was the weekend of the Dillian Whyte bout against Oscar Rivas, but suffice to say there has been plenty of controversy coming out of the event. While it was said by Eddie Hearn that Whyte had been cleared to fight despite popping positive for a drugs test administered, the lack of information that has come out since then suggests there is more to the story and it really feels like Whyte's career has taken a dent.

It is easy for Eddie Hearn to hide behind legal issues, but I don't remember him being so calm when others have failed tests recently. But then again he doesn't promote those fighters either(!)

Dillian Whyte himself must feel that he should have taken his shot at taking on Anthony Joshua rather than trying to force a mandatory spot, especially if this has been some sort of mistake that takes time to clear up. UKAD have a habit of working through a slow process and it is going to be difficult for Whyte to be out again in 2019 as he wanted which is a real shame at the end of the day.


The Heavyweight Division continues to be in flux as the big fights most wanted are delayed until 2020 at the earliest. Tyson Fury and Deontay Wilder have apparently signed on to meet in February next year, but Wilder has yet to announce his date for the rematch with Luis Ortiz that is supposed to have taken place in September, but is now looking to land on a November date which does raise questions whether the turnaround to a February fight with Fury really works.

Tyson Fury is back in early September in another fight where he is unlikely to be pushed, but it is not a surprise considering they won't want to blow up the Wilder fight before getting into the ring with the American for a second time.

And of course it has been announced that Anthony Joshua will have the rematch against Andy Ruiz Jr later this year in a fight that has been confirmed for Saudi Arabia. The former World Champion made some controversial remarks both about the way the first fight developed and about perceived critics with the most notable being the 'clown' comment aimed at Lennox Lewis.

It is nice to see a different side of Joshua as he looks to re-fire the passion as he bids to regain the belts he lost at Madison Square Garden, but I would also hope he is doing some strong tactical work to best approach the rematch than seriously believing it was just a 'lucky punch' that cost him that fateful day in June.


Other fights I am looking forward to later this year are the WBSS Finals which are expected to be finalised shortly- I am attending the Lomachenko-Campbell event at the O2 next weekend, but I am also hoping to have an opportunity to see the Regis Prograis vs Josh Taylor fight here if the rumoured date and venue are confirmed.

There are some other decent events that have been announced which should make for a fun end to the year in what has been an underwhelming one so far. I think I am speaking from the perspective of fans in the United Kingdom when I say that, but the arrival of Lomachenko to these shores and the possibility of one of the World Boxing Super Series Finals being here will certainly make for a positive.


The last set of Boxing Picks had a pretty miserable time and made a serious dent in the season totals. I was very disappointed with the selections to be perfectly honest and I will be looking for a much stronger end to 2019 to ensure back to back years with a profit.

On Saturday the main card that is catching my interest is the one in Russia where Anthony Yarde looks to take a major step in his career by beating Sergey Kovalev in front of his home fans.

There is also a card in Mexico which is headed up by Juan Francisco Estrada fresh off a career best win and who is looking to move into Unification bouts later in the year and into 2020. Liam Smith and Jono Carroll are UK and Irish representatives on the card which will be shown live in the UK, but most here will be focusing on the Anthony Yarde fight which is going to have a ring walk at around 7:30pm London time. 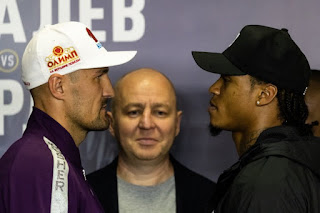 Sergey Kovalev vs Anthony Yarde
When this fight was initially announced as taking place at the end of June I was pretty sure that Anthony Yarde's team had seen something in Sergey Kovalev that made them confident, but personally I felt the fight was coming too soon and with too big a step up from the levels he had been operating at to then take on and beat a strong World Champion.

There is little doubt that Kovalev is not the feared fighter who took on Andre Ward with the two battles against him and the tough two fights with Eleider Alvarez showing a slippage. Some suggested the Russian was not working as hard as he could, while others believed he was just a faded Champion whose unprofessional ways out of the ring had finally caught up with.

I don't think Kovalev is the fighter he once was, but he is still a grizzled veteran who is now working under Buddy McGirt and I think the performance against Alvarez to earn his belts back was a good one. I have to believe the potential huge payday in front of him for taking on another Alvarez, Canelo, should also give Kovalev plenty of motivation and he is also at home.

This is the first professional fight Kovalev will have in Chelyabinsk and I do think it is going to be very difficult for Anthony Yarde to do the kind of inside work he would like in a Russian ring. That might sound controversial or one for the conspiracy theorists out there, but I do think the money that looks to be in front of Kovalev with a potential fight against Canelo is going to see him perhaps looked after like Anthony Joshua was in his win over Joseph Parker.

I will admit that I would love to see Yarde get it done in Russia, but I do think he is going to have to beat Kovalev by Stoppage to take the title home. At this moment we know he can hit hard, but I think the question is whether Yarde can set up his shots with the quality of boxing that Kovalev can produce.

Sergey Kovalev has a very good jab and we are going to be learning much about Anthony Yarde in the fight which makes it difficult to pick him. His team have great personalities and their enthusiasm and belief has certainly been infectious and it has also just made me think twice about my pick.

Part of the reason is I really would love to see Yarde come home as a World Champion, but the head is ruling the heart and my overriding feeling is that this may have come a touch too soon. We know Sergey Kovalev is not the fighter of old, but I think everyone is going to benefit from seeing him take on Canelo Alvarez later this year in a fight I would make the smaller man moving up weights a significant favourite.

For now Kovalev can keep his part of any potential deal alive by winning this fight as I look for a similar performance to the one that took care of Eleider Alvaraz in their rematch. Sergey Kovalev will likely box long and try and showcase his superior talent and he can keep just about enough in the tank to remain out of harms way in the Championship Rounds of this one.

If Anthony Yarde begins to ship too much punishment there is going to be an opportunity for the referee or corner to stop this one, but I actually think he will look the fitter man down the stretch. Ultimately I feel he may leave things too late as he looks for the big equaliser punch to find the Knock Out he needs and Kovalev can ride out one or two hairy moments to secure a win on the cards.

The layers are feeling a stoppage for either fighter is the most likely outcome, but I think Kovalev will want to avoid being dragged into a war. If he can win a Decision without needing to invest too much into a scrap, he should be ready to come out again in December to fight Canelo Alvarez.