Are most people over the controversial draw last week in Las Vegas in the super-fight between Canelo Alvarez and Gennady Golovkin?

In the aftermath of the cards being read out, there was so much anger rightly directed at Adalaide Byrd for what looks like the worst card I have seen for many years as she decided Canelo had won ten out of twelve Rounds in what was clearly a very close fight.

Byrd has been stepped down as a judge and is unlikely to be called upon again in 2017, but I think the wide nature of her scorecard has driven the 'robbery' call.

I scored the fight live and had it 115-113 but did tweet out moments before the decision that a draw wouldn't surprise me with a couple of Rounds here and there that could easily have been scored the other way to my own.

If the cards had been 115-113 and 114-114 as we had seen and Byrd had 115-113 to Canelo, I don't think there would have been as much outrage as we saw. So much was down to the wide decision she gave to Canelo and that is what gives Boxing a black eye more than the overall draw outcome.

Will we see it again? I am not sure Canelo won't want to wait until there is more slippage from Golovkin who didn't take a backward step all night and was untroubled by the power the Mexican threw at him. May 2018 still looks the most likely outcome for the rematch, but I wouldn't be surprised if Canelo doesn't try and push it back to September 2018 or even May 2019 if both fighters remain at the very top of the Middleweight Division as will be expected.

Billy Joe Saunders may have something to say about that, although he looks to be the odd man out after the draw was read out in Vegas. Saunders will be back in December, but the mega-fight he is calling for looks unlikely until 2018 and the hope is that Saunders remains focused and listening to what Dominic Ingle is telling him.

I would be surprised if Amir Khan is the next opponent for Saunders in December with the build they would want to do for that fight, while Daniel Jacobs would be a very dangerous proposition. However that may be the only way to tempt either Canelo or GGG into a fight if they decide to miss out on the rematch next May when Saunders could step in.

Jacobs would have something to say about that with many people believing he beat Golovkin and certainly more than those who think Canelo won last weekend. The American would love the rematch with Golovkin, but picking up a title first may force the issue more than just the first fight and how well he performed in that one.

We move on this week to two British fighters in World Title fights in Manchester and Los Angeles, while the World Boxing Super Series promises a barnstormer in the Cruiserweight tournament. Last weekend also saw a really good fight between Callum Smith and Erik Skoglund in the Super Series and that tournament is certainly providing plenty of interest with the fights they have already put together and those that are upcoming.

The Quarter Finals continue over the next month in the lead up to the two huge Heavyweight World Title fights at the end of October and early November as the Boxing world continues to provide the fans with what they want.

And we may even hear that David Haye and Tony Bellew have agreed to a rematch in December with an announcement expected imminently after both fighters appeared to have signed off on things according to their social media accounts. 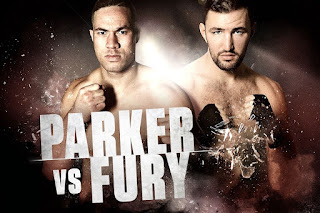 Joseph Parker vs Hughie Fury
Most fans of the Heavyweight Division in Boxing will be looking forward to the big defences that Anthony Joshua and Deontay Wilder have signed up for in the coming weeks.

However the final belt in the Heavyweight Division is up for grabs on Saturday evening and it is a chance for Joseph Parker and Hughie Fury to get in line for the huge fights in the Division with a win.

Hughie Fury has long been considered the better of the two Boxing cousins in Tyson Fury and himself, but injury problems have curtailed the progress in his career. Injury also postponed this fight from the original May date and it actually means Fury has been out of the ring since May 2016 and that has to be a factor in this one.

You have to respect the fact that the Fury camp have spoken about this being the best version of Hughie now his issues are behind him and they have proven to be more than bluster when guiding Tyson Fury to the huge upset of Wladimir Klitschko in Germany. I imagine Fury is going to try to be awkward and hard to hit like his cousin proved to be in the win over Klitschko, but the lay off from the ring makes it harder to know if the timing will be right in this one.

10 KOs from 20 fights doesn't suggest Fury has the power to stop Joseph Parker as he has been claiming, but the latter has a lot to prove in this one too.

As the competition has ramped up, Parker has found it much more difficult to stop opponents like he had been doing and some of the reputation has dropped because of that. 3 of his last 5 fights have gone to the cards and Parker was perhaps a little fortunate to have a World Title to his name when earning a Majority Decision win over Andy Ruiz Jr.

Parker didn't look that good in his win in May either, but he has got Rounds under the belt and I think that will hold him in good stead in this Title fight. While Fury can come again, I think this is more important for Parker whose reputation and chances to fight the very best in the Division have to be resting on staying unbeaten and with a World Title to bring to the table.

The layers seem to think that this fight either ends in a Decision win for Fury or a stoppage for Parker, but I think we have seen that Parker is able to use his aggression to pick up enough Rounds to win this one on the cards. It may come down to what you like to see and Hughie Fury is the home fighter which does make things a little grey around what the judges are going to be scoring.

I do think Fury will frustrate Parker by not engaging as much as his talk in the build up has suggested. That making an opponent miss and countering style that Tyson Fury took to Germany to dethrone Klitschko is one that has worked before and Hughie Fury is likely to want to try and go the same route, but I do wonder about eighteen months out of the ring and whether that will be enough to beat a come forward fighter like Parker.

I am questioning whether Parker has the power his early wins suggested, but he might just do enough to win this one and keep the big fight with Anthony Joshua in his future. The lack of recent ring time has to go against Fury but I think he is tough enough to get to the scorecards and I can see a controversial Split Decision being the outcome.

The Champion may just have enough to retain and the Fury's may call for the rematch, but backing Parker to win this on a Decision looks a big price. 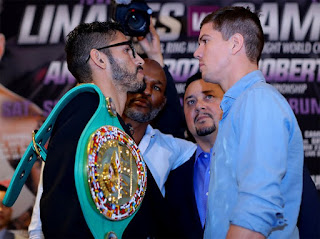 Jorge Linares vs Luke Campbell
This is perhaps not the fight that people would have been hoping Jorge Linares would have after the two intense battles with Anthony Crolla, but the big Unification fights will have to wait.

Most are hoping to see Linares take on Mikey Garcia sooner rather than later, but Garcia has been busy and the Lightweight Champion does not want to spend too long out of the ring. That means Linares has decided to take on another British fighter, although it is perhaps a surprise that Luke Campbell is the opponent rather than Terry Flanagan.

The last two fights for Linares have gone the distance against Crolla to show that he is a boxer who won't gas too late and I do think he is going to win this fight.

The question is how will he win the fight and I do wonder if Campbell will be wanting to take the same sort of punishment Crolla did. Crolla was almost pulled out by his corner in the rematch with Linares and it was only his heart that allowed him to be given the chance to come out for the last Round, but Campbell is younger and his handlers have to think he can come again as long as he isn't taking too much damage.

That may see a decision made in the second half of the fight where Campbell is told to fight another day like Crolla was, especially as Linares should be able to show he is a level above after the first two or three Rounds are in the books.

An Olympic Gold Medalist should be respected, but Campbell may be in above his head here in the professional ranks and I am looking for Linares to break him down and earn a late stoppage to keep the wins going. 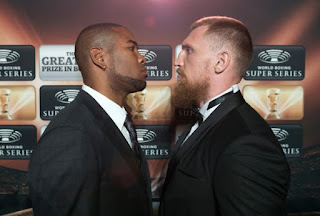 Knock Outs have been a feature of two fighters known as the 'KO Doctor' and the 'Russian Hammer' and the two fighters have had forty-three combined fights and forty-two of them have ended with someone being sparked out.

Anything less would be a disappointment for the fans who are eagerly awaiting this one to be brutally honest.

I don't think that will be the case and I would be surprised if we need more than eight of the twelve Rounds scheduled. Dmitry Kudryashov missing the weight before making it on a second attempt is a concern, while Yunier Dorticos has the amateur experience to stay away from any danger before perhaps taking control of this one.

That has to be why he is favoured to win the fight and I can't argue with that.

However, the 'Russian Hammer' has the equaliser in his fists and his fights have not tended to last too long and that may be the case here. I think Kudryashov is dangerous early but I do wonder if Dorticos can steer out of trouble in the early Rounds with the superior boxing skills and perhaps wear down his opponent.

That is the feeling I get from this fight and he may just see a tired Kudryashov run into some trouble in the later stages of this fight. Dorticos is someone who can get things done early, but he has gone ten Rounds in two of his last four fights and I think that will aid him in a fight where he may not want to engage early on against a dangerous opponent.

One of those fights was ended in the Tenth Round with a stoppage which shows Dorticos can carry power and I will look for a second half stoppage for the Cuban in what could be a fantastic fight to watch.