Boxing has been criticised in recent years for not making the big fights the fans want to see, but Saturday night is one for the purists.

This is the first time two time Olympic Gold Medal winners will face one another in the Professional ranks and it has all the makings of one of the most intriguing fights in recent years.

However the purists can't fill out seats like the casuals can once they get behind a boxer and that means Vasyl Lomachenko and Guillermo Rigondeaux have to settle for the smaller Arena at Madison Square Garden. I would love to have been in New York to attend this fight, but it will have to be recorded and caught up with on Sunday morning.

It is a long night of Boxing which begins in London and the return of James DeGale after being out of the ring for the best part of eleven months, while Stephen Smith challenges for a World Title in Las Vegas as he takes on tough Franisco Vargas.

It should be a good night highlighted by the Lomachenko-Rigondeaux fight. 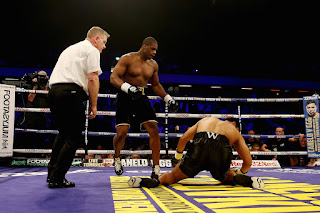 Daniel Dubois vs Dorian Darch
It might be irritating to Daniel Dubois that he is being compared with Anthony Joshua all of the time, but he may want a word with Frank Warren who continues to link the two unbeaten British Heavyweights together.

Dubois is still a novice in terms of experience, but he has had some strong sparring sessions with the top Heavyweights in the United Kingdom including openly telling the media that he has knocked down Joshua in sparring.

That coupled with his strong start to the professional career has the fans beginning to get excited about Dubois and what he is able to do in the Heavyweight ranks. The destruction of AJ Carter was really impressive and there is no doubting the power Dubois has.

However he won't be able to escape the comparison with Anthony Joshua when taking on Dorian Darch who was stopped in the Second Round by the current Heavyweight Champion in his fourth Professional fight. Dubois himself has stated he isn't concerned about making a statement, but you have to think he would love to get Darch out of there in the First Round, although the Welshman has shown toughness.

It took Ian Lewison Four Rounds and Eddie Chambers Three Rounds to beat Darch and there is the AJ Second Round win. You have to think Frank Warren is itching for Dubois to get this done a little quicker, but it may be worth a small interest for the young Heavyweight to match the Joshua Round.

There is no doubting the power Dubois possesses, but he is still a little raw and Darch may be able to get through the first three minutes before being tagged. Most will expect the First Round finish, but Dubois can still impress with a Second Round win and plenty of positives to take into 2018. 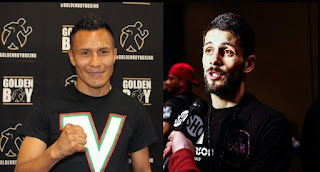 Francisco Vargas vs Stephen Smith
I love most of the Smith fighting brothers from Liverpool who have all achieved big things in the world of Boxing, although World Titles have mainly been a step too far. Stephen Smith gets his chance to earn a third shot on Saturday in Las Vegas having lost to Jason Sosa and Jose Pedraza in World Title shots before and even Smith himself has suggested this may be his last chance.

It could be argued that Francisco Vargas is the toughest opponent Smith has faced since Lee Selby, but the Mexican is coming in off a brutal loss. Vargas has also been through a really difficult run of fights and at 32 years old you do have to wonder how much is left in the tank.

We have seen before that these dogfights can break a fighter and see all the Rounds catch up with them very quickly and unexpectedly. That has to be Smith's best hope as he will try and box the bigger man, but I am struggling to see how the Liverpudlian can hold off the aggressive Vargas throughout this fight.

Vargas is taller, has the bigger reach and he will feel he can break down Smith the longer the fight wears on and that is my feeling for how it will play out. Smith has only ever been stopped by Lee Selby, but he was down early in the World Title loss to Sosa and late in the loss to Pedraza.

I think Vargas hits harder than both and I feel he will be able to pounce on Smith in the second half of the fight once he hurts him. Smith will be brave and it may take his corner to decide the outcome, but I will back Vargas to score the second half stoppage. 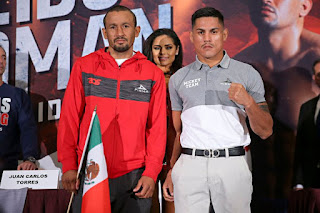 Salido remains the only fighter to put a blemish on the resume of Vasyl Lomachenko and there was a real feeling that those two would have a rematch this month. Instead Lomachenko looked for a career defining fight with Guillermo Rigondeaux although I am sure Salido will be looking for that rematch if both fighters win on Saturday.

He can't overlook Miguel Roman who has been in with some tough company too and will be hoping that an upset of Salido opens up some big fights for himself at the Super-Featherweight Division.

It does feel like Salido is a step too high for Roman who has plenty of wins behind in recent years, but who was beaten by Takashi Miura, a tough Japanese fighter of a similar standing to Salido.

Salido has the size advantage and the tougher Rounds behind him which can prove to be a critical determining factor when things do get tough. It should be a lot of fun however long it lasts, but Salido has been speaking like he wants to make a real statement here and I think he will be coming out swinging looking for the stoppage.

After an intense battle Salido may get a chance to get that as the fight goes on although the obvious pick is the veteran winning by a wide points margin. I just think he is trying to prove he is still amongst the elite and will want to match Miura by stopping Roman and that could be the outcome later in the fight. 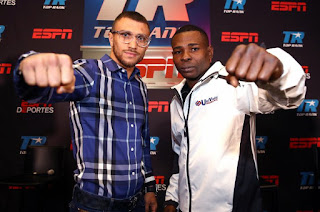 Vasyl Lomachenko vs Guillermo Rigondeaux
This is an absolute monster fight in the world of Boxing but you wouldn't know it by the limited mainstream media that will likely cover the fight.

However for all Boxing fans around the globe this is a chance to find out who the best of the lighter weights is and the man who may be put at the top of any 'Pound for Pound' list being compiled after Saturday.

Both Vasyl Lomachenko and Guillermo Rigondeaux have been quality amateur fighters with two Gold Medals won at Olympic Games before turning pro. Only one fighter has got the better of Lomachenko, while Rigondeaux is unbeaten, but what these two have achieved i the professional ranks with limited fights under their belts has been pretty amazing to see.

Out of the two Lomachenko has been more active and has some real quality wins in the last couple of years. While Rigondeaux has made easy work of anyone he has faced, he too has a couple of real quality wins under his belt although the inactivity and going up a couple of weight classes really does go against him.

The Cuban has had just three Rounds completed in two years compared with Lomachenko who has had five fights and beaten the likes of Roman Martinez and Nicolas Walters in that time.

The styles should match up nicely with the Rigondeaux defensive masterclass going up against Lomachenko's ability to attack from all angles and wear down fighters to the point that they can't even get up off their stool to complete fights. It is going to be so much fun to see how these two adapt to each other, but I am leaning towards Lomachenko having the heavier consistent shots and being the naturally bigger man at this weight.

For all the skills Rigondeaux has displayed, he has been knocked down by Nonito Donaire and Hasashi Amagasi in a couple of his stand out fights. At this weight I do wonder if he is going to be able to take the same type of shots and I think Lomachenko has shown he has the cumulative effect to wear down opponents which may be how he comes through this one.

The other factor is that Rigondeaux may have to be more aggressive than he is used to in this fight which could lead to mistakes in the second half of the contest. Usually he has dominated the early Rounds to build a lead, but if he can't do that against Lomachenko then the pressure will be on Rigondeaux to change his style and try and take the fight to the Ukrainian.

Being out of the comfort zone is tough for any boxer and I think that is where Rigondeaux will come unstuck. No one should criticise him for the chance he has taken to take on Lomachenko, but I think the younger and bigger man can find a way to stop another opponent.

The last six fighters Lomachenko has faced have been stopped with the last three retiring on their stools. I don't believe Rigondeaux will allow himself to quit, but I do worry about his inactivity and the referee may be forced to step in late in this contest to allow Lomachenko to pick up another stoppage win.