The four tournaments being played in three different venues will come to a conclusion on Saturday as the attention has firmly turned to the ...

There really isn't anything more you can say about THAT Artur Beterbiev performance that hasn't already been said over the last week.
I think many would have predicted that Beterbiev's power will eventually prevail against Joe Smith Jr, but the latter is teak-tough so to see him obliterated in two Rounds is stunning to say the least. You have to believe that Artur Beterbiev will be moving up the pound for pound list, while he reminded everyone that he is still the man to beat in the Light Heavyweight Division even after Dmitry Bivol's strong win against Canelo Alvarez.
Unlike Bivol, Artur Beterbiev crushed a legitimate Light Heavyweight Champion and I would still favour him over Dmitry Bivol, although any Undisputed Title clash looks to have to wait until 2023 at the very least.
Both Russian fighters will likely be heading to the United Kingdom before the end of the calendar year to clear away some mandatories and Dmitry Bivol may still be in line for a rematch with Canelo, a much more lucrative fight than risking it all against Artur Beterbiev. We will see how it all shakes up with those fighters over the course of the next twelve months, but I will say that all British fans should be looking to see the two Light Heavyweight Champions if they do end up on these shores.
This weekend we have an absolutely stacked card coming out of Texas where three World Titles are on the line (would have been four, but for an injury to Julio Cesar Martinez) and the top of the bill looks like a really good fight.
We also have a card in the United Kingdom earlier in the night which is headed up by Sam Eggington and Adam Azim as Sky Sports and Boxxer continue to build the profile of their new look stable. 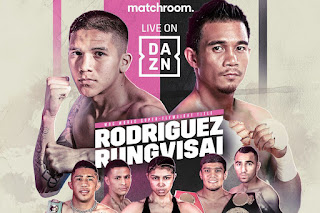