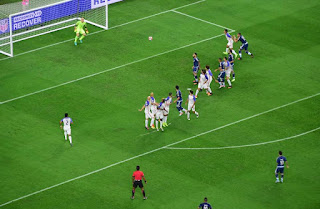 Copa America 2016 Final Pick- Argentina vs Chile
The Copa America has been a fantastic tournament this year, even accounting for some of the controversies that have affected the results, and it is coming to an end this weekend.

The Final is the one most Argentinian fans would likely have wanted as they look for the ultimate revenge over Chile for their Copa America defeat last year. That came via penalties in the Final and even the two wins Argentina have since posted over Chile won't have done enough to erase the memory of yet another defeat in a Final.

It is an important game for Argentina.

Going twenty-three years without a trophy in which time Brazil have won two World Cups and reached the Final of another is not good enough considering the talent Argentina have been able to call upon. Some may argue this is the most talented squad of that time, although I tend to favour the 2002 and 2006 teams that should have done better at those World Cup Finals.


The Final is played on Sunday, but before that we have the Third/Fourth Place Play Off between the United States and Colombia. I am not a big fan of this game simply because you have to try and read between the lines regarding the motivation of players who have missed the big prom and are being consoled with a one person party in their own bedroom.

However it is perhaps a big game for the hosts to underline a successful tournament and show they are ready to prepare for the World Cup in two years time and go into that event as a genuine threat.


Saturday 25th June
United States v Colombia Pick: The third/fourth place Play Off in any tournament is perhaps one of the harder games to work out as you simply don't know what kind of motivation teams are bringing into that match. For the United States as the hosts there has to be a little more behind them to right the wrongs of the performance in the loss to Argentina in the Semi Final, while a third place finish would be a big achievement for Jurgen Klinsmann and his squad.

On the other side of the field will be the disappointed Colombia team who are still in touch of their best finish at a Copa America since winning the competition in 2001. That is a consolation prize at best for Colombia who expected to reach the Final following a positive start to the Copa America and they also have to pick themselves up from the manner in which they lost the Semi Final.

Going behind 0-2 after eleven minutes would be a huge mental blow for Colombia who will feel a better start might have paid off in that Semi Final with Chile. They dominated much of the rest of the game, but Colombia also had to put in a lot of physical work on a heavy pitch which may affect their performance here.

How much energy have the Colombian team got left against a United States team that will have a number of suspended players back in the starting line up?

I am leaning towards the United States to win this game with a little more motivation behind them, but the bigger lean is towards goals, or a lack of them anyway.

The layers are expecting an attacking game, and that may be the case, but I do wonder if Colombia have had a lot of energy sapped in their last game. The United States should look to be a lot more solid at the back than they were in their defeat to Argentina and so this might be a game that has chances but perhaps not the finishing of earlier in the tournament.

4 of the last 6 between these nations has seen under three goals shared out, while one of the exceptions saw the third goal scored in the 87th minute. Earlier in the Group we saw Colombia beat the United States 0-2 and odds against quotes for fewer than three goals looks tempting enough.


Sunday 26th June
Argentina v Chile Pick: Revenge might be on the mind of some of the fans on Sunday as Argentina take on Chile in the Copa America Final for the second time in the last twelve months. The players are likely to be more focused on winning their first major international trophy since 1993 having already earned 'revenge' twice over Chile since that defeat in the Final last year.

The 2-1 win in the Group doesn't highlight the dominance Argentina had in that game, although Chile will say they are more confident now. That defeat meant Chile had lost 5 of 6 games, but they have won their last 4 in the Copa America and have beaten both Mexico and Colombia in the last two Rounds.

Those wins look better than the Argentina wins over Venezuela and the United States, and Chile might feel they are more prepared for the Final.

However Argentina have looked like a team on a mission through the last month and this is a team that missed Lionel Messi in the first win over Chile. Messi is on fire and Argentina have scored at least twice in every game in the Copa America and will feel they have the physical edge having played a day before Chile and the latter also had to deal with a heavy pitch in their Semi Final.

Chile were given a bit of a chasing in that game against Colombia and I am a little worried that they might not have the legs to stay with Argentina. Going forward they should have chances against this backline and I am expecting a better Final than we saw in the 2015 Copa America which ended goalless.

The edge has to be given to Argentina to win this time around though and I think they can do that in normal time. They are scoring plenty of goals and I think the team are focused and relaxed while also winning on the schedule to earn an extra day of rest. As long as Argentina can hold back the mental pressure of winning their first trophy since 1993, I like their chances of doing that in this Centenario competition.