I haven't had the time to put together an NFL Recap for the last couple of weeks, but hopefully that won't be the case for the rest of the season.

The NFL continues producing plenty of big stories after each week and Week 12 is no different as we get into the home stretch towards the Play Offs. 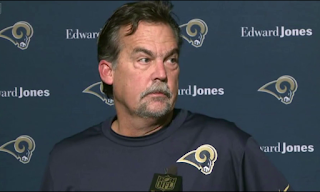 Fisher was successful with the Titans/Houston Oilers, but he now has just two winning seasons as a Head Coach in his last ten years. His best record with the Rams was a 7-8-1 record in his first season, but things have progressively got worse for Fisher as he has since gone 7-9, 6-10 and his team have lost four in a row to drop to 4-7 this season.

After the blow out loss in Cincinnati, Fisher told his critics to 'kiss my ass' if they were to criticise the effort his St Louis Rams have been making, but that's not good enough. There is so much talent on the Defensive side of the ball that it feels like the Rams are underachieving, while the appointment of Gregg Williams as Defensive Co-Ordinator has looked a big mistake with accusations of the St Louis Defensive unit making 'dirty plays'.

Offensively they have been a mess throughout Fisher's time here and the trade for Nick Foles to replace Sam Bradford has simply not worked. The Offensive plays are heavily reliant on gimmick plays and Todd Gurley has hit a wall in his rookie season.

Worst of all is the fact that Fisher didn't pull Case Keenum in the loss to Baltimore in Week 11 when the Quarter Back clearly was disorientated after a hit to his head. Fisher's excuse that he was concentrating on 'game management' isn't good enough and the St Louis Rams are perhaps moving to LA in time for the 2016 season.

Even if that doesn't happen, I think Fisher has had his shot and the St Louis Rams should make sure they are looking for a new Head Coach. One that can build a decent Offensive unit from the pieces they have to go with a Defense that is very under-rated and not being given enough time to rest in games with the other side of the ball constantly landing in three and out spots. 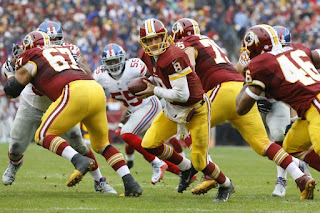 The Dallas Cowboys haven't had much luck with their injuries and the renewed collarbone issue for Tony Romo means it is hard to see them making a run. However most teams who have lost seven in a row at some point in the season wouldn't be expected to be challenging for the Division, but the NFC East has been so awful that they are only two games out of the lead.

Then you have the Philadelphia Eagles who have been blown out in back to back weeks and have had their Head Coach Chip Kelly being questioned from a number of different angles. Philadelphia were booed off in their last home game and were embarrassed on Thanksgiving Day, but they are still only one game out of the Division lead.

The New York Giants have to be feeling the worst having had a chance to control the Division by winning on Sunday, but Eli Manning threw three Interceptions and his team fell into a 20-0 hole to the Washington Redskins. A late comeback fell short and that means the Giants and Redskins lead the Division with 5-6 records with just five weeks left to go. 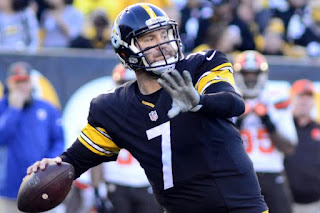 Are the Pittsburgh Steelers the Dark Horse to Reach the Super Bowl?
This is the time of the season when fans start looking out for a team that is coming through the pack to perhaps have a surprising Play Off run that potentially leads to the Super Bowl.

In recent years we have seen teams like the New York Giants, Seattle Seahawks and the Pittsburgh Steelers put together strong runs in December which have resulted in the team reaching the Super Bowl even as Wild Card teams.

I know Kansas City seem to be a popular choice to do that in the AFC, but I really have a lot of belief in the Pittsburgh Steelers if they can somehow get Big Ben Roethlisberger healthy.

Roethlisberger is in the concussion protocol this week, but he showed what he is capable of with a huge performance at the Seattle Seahawks in Week 12. He has some big time weapons in the Receiving department while DeAngelo Williams has been an effective replacement for the injured Le'Veon Bell.

The Defensive unit has to play better in the Secondary to really fulfil my belief though after failing to play much coverage in Week 12, but this Steelers team looks very dangerous.

Going 4-1 down the stretch should be good enough to get Pittsburgh into the Play Offs as a Wild Card team and might even be enough to take the Number 5 Seed. That would mean going to the AFC South winner in the Wild Card Round which should see Pittsburgh building momentum and they will feel they can out-score any team they potentially play from the Divisional Round onwards. 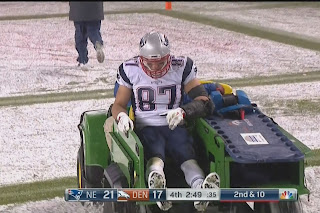 But a throw towards Rob Gronkowski almost saw their season go up in flames as the Tight End saw his right knee snapped back and had to be carted off the field.

Outside of Tom Brady, Gronkowski is the one player they can't afford to lose on an Offense that is plagued with injuries. Julian Edelman, Dion Lewis and Danny Amendola were important pieces of the Offense already missing and it didn't look too good for Gronk who was writhing in agony on the slow covered turf.

Fortunately for the Patriots, it looks like their star Tight End has escaped serious injury and he potentially takes to the field this weekend. I don't think New England risk him with a 10-1 record which keeps them as favourites to win the AFC Number 1 Seed and home field advantage so I am expecting Gronkowski back in Week 14.


The Seattle Seahawks weren't so fortunate as Jimmy Graham was ruled out for the season and the big target they acquired in the off-season won't make any Play Off games either. Graham and Russell Wilson just seemed to be getting on the same page too so it is a blow for the Seahawks who need all the Offensive weapons they can get to protect a surprisingly porous Defensive unit. 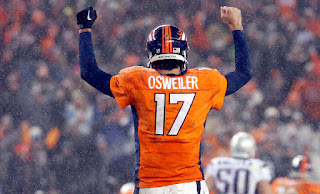 The Brock Osweiler Era Has Begun in Denver
Before Week 12 there was still a feeling that Peyton Manning would be restored as the Denver Bronco starting Quarter Back as soon as he was healthy to go. That would only change if Brock Osweiler was to have a second solid start in a row, this time against the New England Patriots, and there is little doubt that he passed that test with flying colours.

It would be a huge mistake for Gary Kubiak and the Broncos to turn the Offense back to Manning with the way Osweiler has played in his first two games. He has been more than a simple game manager, making some big throws but most importantly Osweiler hasn't made too many mistakes to put his Defensive unit under pressure.

The running game has been more effective with Osweiler taking the snaps from under Center and the team are fully behind their young Quarter Back which is vitally important for Denver. For many people this has looked a small window for the Broncos to win the Super Bowl and so Kubiak has to go with his best option which looks to be Osweiler.


That is no disrespect to Peyton Manning who has been a Hall of Fame Quarter Back through his career in the NFL. However his mistakes have been terrible and Denver are almost into the Play Offs where Manning doesn't have the best record during his peak years, let alone when he is playing at his current level.

Reports suggest Manning is not quite ready to hang up his cleats, but Denver won't be his home in the 2016 season on his current contract and this does feel like a permanent changing of the guard at the Quarter Back position.

3) Denver Broncos (9-2): I am sold on Brock Osweiler and think he can do enough coupled with a very good Defensive unit to see the Broncos go very far in the Play Offs.

4) New England Patriots (10-1): Banged up on Offense and that might cause problems for Tom Brady and the Patriots.

6) Minnesota Vikings (8-3): Could have quietly become the third best team in the NFC, but this week is a chance to prove themselves against the Seattle Seahawks.

7) Pittsburgh Steelers (6-5): They might have lost in Seattle but I still rate them above the Seahawks if they can get Ben Roethlisberger healthy.

8) Seattle Seahawks (6-5): It was a big win for Seattle in Week 12, but they were heavily outgained in terms of yards and had a couple of fortunate plays go their way. Legion of Boom has been terrible defending the pass which is a concern.

9) Kansas City Chiefs (6-5): I am not convinced about this team, but the Chiefs have plenty of momentum behind them which can't be ignored.

31) Tennessee Titans (2-9): This is a team that has been unfortunate in some recent losses, but a long home losing run is hard to ignore. Won't have a better chance to snap it than hosting the Jacksonville Jaguars in Week 13.

29) Dallas Cowboys (3-8): They might still be in the hunt for the NFC East Division, but Tony Romo is done for the regular season and the Dallas Cowboys might start focusing on earning a high Draft Pick.

I have had some bad weeks in my years of making picks on this blog, but this was by far the most pathetic performance.

2-10... I would have been better off tossing a coin with some of the picks made this week and even the Denver Broncos pick only came through thanks to some last minute Brock Osweiler magic.

My Thanksgiving Day Picks were all terrible, but I still don't understand what has happened to the Green Bay Packers to give up games as they have.

It was worse on Sunday with Tampa Bay in a position to cover only to fall apart in the second half after leading at the end of the first half. Eli Manning came out and put the New York Giants in a big hole, while teams like the Miami Dolphins, St Louis Rams and New Orleans Saints were just horrible from the beginning to the end.

So I can't even blame too much bad luck, the picks just stunk and have completely eviscerated the season performance to this point. From a decent position I have moved into a big hole because of that pathetic Week 12, but I have to clear the mind and get back to focusing on what had worked for much of the season.

I don't need to get it all back at once, I just want to get back to winning weeks and see if that can get the season back on track with five regular season weeks to go.
Posted by Dav Aulak at 01:37