The Champions League Final is once again going to be competed by Real Madrid and Atletico Madrid for the second time in three years.

Can Atletico Madrid earn a measure of revenge for the late way they were denied in Lisbon, or will Real Madrid make it eleven times a European Cup winner? We will find out on Saturday in Milan. 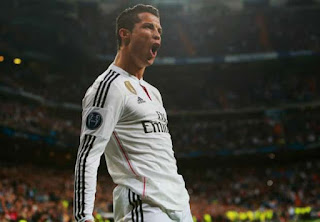 Real Madrid
If you go back around five months, I don't think there would have been many people tipping Real Madrid to win too many trophies come the end of the season as Barcelona steam-rolled all around them. The last couple of months has seen a real upturn in form that saw Real Madrid only just miss out on winning La Liga from under their great rivals' noses, but now they have a chance of winning the biggest competition in European Football.

Real Madrid have been beaten in 1 of their 12 Champions League games this season, but they have only just got through the last couple of Rounds. After losing 2-0 in Wolfsburg, Real Madrid beat the German side 3-2 on aggregate in the Quarter Final before a narrow 1-0 win on aggregate over Manchester City in the Semi Final.

Form has not been an issue for Real Madrid to close out the season as they are unbeaten in 10 games in all competitions since their 2-0 loss in Wolfsburg. Real Madrid have won 9 of those 10 games and have won 4 in a row since the goalless draw with Manchester City at The Etihad Stadium in the Champions League Semi Final First Leg.

The big news out of Madrid is the injury scare suffered by Cristiano Ronaldo, although the Portuguese superstar has said he will not miss the Final. Raphael Varane has been ruled out. 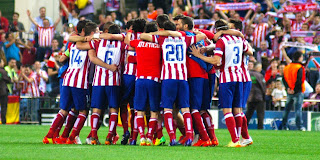 Atletico Madrid
All credit has to be given to Diego Simeone for the job he has been doing as manager of Atletico Madrid as his side look for revenge for their Champions League Final defeat to Real Madrid two seasons ago. Simeone might be one of the sought after names in management, but his loyalty to Atletico Madrid has to be admired, while an ability to replace the top names that have left the club and to maintain standards is a testament to the job he has done at the Vicente Calderon.

There will be some history that Atletico Madrid are trying to make as the club have lost both of their previous European Cup Finals and will be looking to win the competition for the first time. The defeat to Real Madrid two years ago was particularly galling as Atletico led with just a couple of minutes left in the game before falling apart in extra time and many of those players are still in the Atletico squad.

No one will be able to say Atletico Madrid don't deserve to win the Champions League if they do go on and take the trophy home in Milan. The side have already beaten the two previous favourites in Barcelona and Bayern Munich in the Quarter Final and Semi Final respectively so going into this one as the underdog will hold no fear for Simeone or his players.

Atletico Madrid had won 7 games in a row in all competitions before suffering back to back away losses at Levante and Bayern Munich, the former effectively ending their La Liga title hopes. There have been two weeks for Atletico Madrid to prepare for the Champions League Final and they did end the season with a 2-0 home win over Celta Vigo.


Tiago has been out since November but did play against Celta Vigo so should be in the squad for the Final. 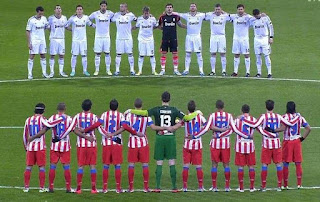 Head to Head
Atletico Madrid scored late to earn a 1-1 home draw with Real Madrid in the League, but they did win 0-1 at the Santiago Bernebeu in February.


These are closely matched teams with the last four games producing a total of four goals. 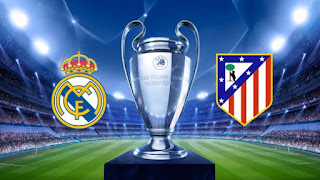 Prediction
For the second time in three seasons, Atletico Madrid and Real Madrid will take their city rivalry onto the European stage as they contest the Champions League Final. The philosophies of the two clubs might be at opposite spectrums, but both have been very successful with the way they want to impose their game on opponents and it will be the team that manages to do that who will win this game.

There is some revenge at play for Atletico Madrid.

Two years ago they led going into injury time of the Champions League Final before a Sergio Ramos equaliser. Diego Godin has admitted it took some time to get over that disappointment as Atletico Madrid had nothing left to give in injury time in an eventual 4-1 loss to Real Madrid.

Winning this in 90 minutes is the key for Atletico Madrid this time in Milan too. The defensive concentration and hard work is tough enough to maintain over that time, but the extra thirty minutes in extra time can prove critical as they did in 2014 and Diego Simeone might be a little more cautious with his substitutions this year.

Confidence shouldn't be an issue for Atletico Madrid who have beaten both Barcelona and Bayern Munich in the last two Rounds to reach the Final. One concern might be that they lost both away ties in that one as they won't have the passion from the Vicente Calderon stands to call upon in this one, but Atletico Madrid also got the better of Real Madrid in their two League games.

After saying all that, it is hard not to be seduced into backing Real Madrid thanks to the attacking talent at their disposal. The injury sustained by Cristiano Ronaldo is a big concern, but I can't see him missing this game and Real Madrid should be able to call upon their Portuguese superstar as well as Karim Benzema and Gareth Bale.

Those trio of players can create a moment of magic to win any game, but I think Atletico Madrid are used to dealing with them which is a huge mental advantage. Not facing them regularly could be intimidating, but Diego Simeone and his players should be completely at ease in knowing what they need to do to give themselves the best chance to win.

And Atletico Madrid do have players like Antoine Griezmann who have the potential to be a match winner too.

My feeling is that Atletico Madrid might have learned something from two seasons ago and I do think they can cause the upset in this one. They've done that in two straight Rounds and I think this can underline the superlative job that Simeone has done at the Vicente Calderon by winning the Champions League.


There will be scares and some desperate defending, but this is a team that has shown they can do that with their win at the Santiago Bernebeu in February. I do think Atletico Madrid have to win this in 90 minutes, or hope to have the energy to last to penalties, and I will back the underdogs for a small interest.

Earlier in the day on Saturday, the 'Richest Game in Football' will also be played in the Championship Play Off Final between Hull City and Sheffield Wednesday.

I think those teams are very closely matched and we could see extra time and potentially penalties in that one if I am correct in my prediction which can be found below.

Hull City v Sheffield Wednesday Pick: The Championship Play Off Final has regularly been described as the 'richest game in football', but even that tagline might have to be changed to describe the new financial rewards the Premier League will have next season.

While the players don't worry about off the field finances, there is no doubting there will be tension in this fixture as both Hull City and Sheffield Wednesday will be desperate to get back into the Premier League.

Both League games have been closely contested affairs and it is hard to see the Wembley Play Off Final being much different. Draws have been something like a Sheffield Wednesday speciality this season and I think they will make sure they are hard to beat in this one and hope to frustrate Hull City into a mistake.

Both teams have played better in front of their own fans through the last few weeks of the season and the last few Play Off Finals have proven to be tight affairs right down to the end. In fact a couple of the recent ones have needed goals in the final few minutes to decide them and I think this one is going to be very close too.

Picking a winner isn't as easy as the layers think with Hull City as a relatively strong favourite to win in ninety minutes. Personally I think we are going to need more time to separate the teams and backing the draw for a small interest is my call for the early game on Saturday prior to the Champions League Final.