The one aspect of Boxing which has never changed down the years is that it is a sport all about 'levels' and the feeling that Josh K... 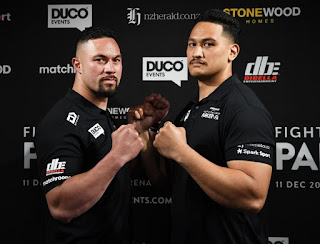 The Australian Open is over and two dominating players have won the titles.
That is the first Grand Slam of the 2021 season in the books, but the Tours have already moved on with four tournaments taking place in different countries and continents around the world. A clay court Golden Swing has begun in South America and the early indoor tournaments that are usually played in Europe have also gotten going.
We do have two new events on the schedule this week compared to normal times, but there are plenty of decent names out there this week as players look to earn some decent Ranking points before the system resorts back to the one year Rankings rather than the two year spot we have now.
The Tennis Picks haven't had the best start to the 2021 season, but I will have a fuller thread for the Wednesday matches.
With First Round action to be played throughout the day from around the globe, I am going to place my picks in this thread.
MY PICKS: Yasutaka Uchiyama - 1.5 Games @ 1.91 Bet Fred (2 Units)
Shelby Rogers - 3.5 Games @ 1.83 Bet365 (2 Units)
Andy Murray - 2.5 Games @ 1.91 Bet Fred (2 Units)
Posted by Dav Aulak at 02:01